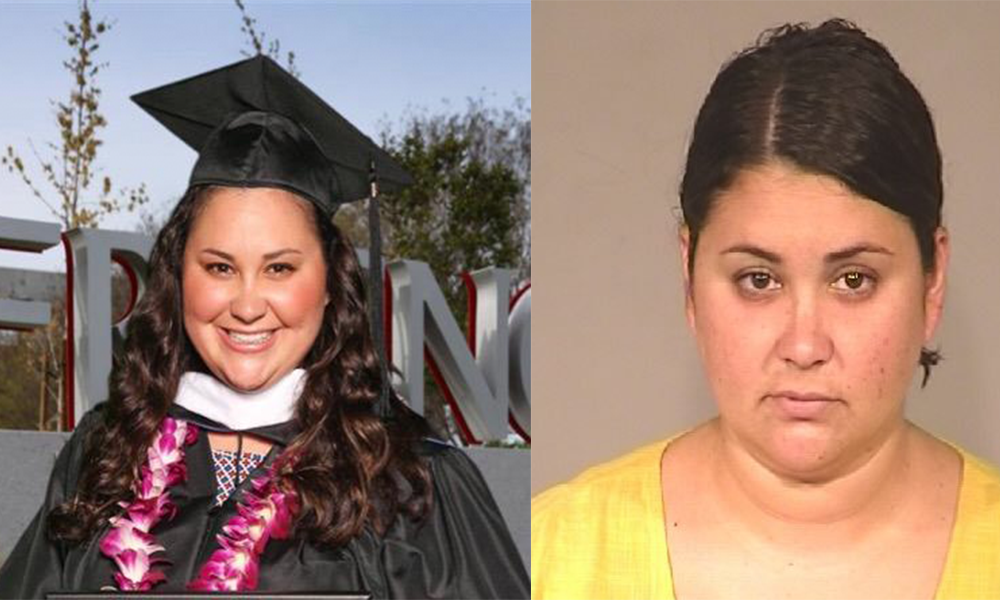 One thing that is not in dispute in the trial of former Tenaya Middle School teacher Justine Karen Nelson is that the relationship she had with a student was anything but normal.

Nelson is on trial for having an inappropriate relationship with an eighth-grade student. She is facing felony charges of lewd or lascivious acts with a minor and oral copulation. If convicted, she potentially faces eight years and eight months in prison.

Both sides wrapped up their cases Thursday and closing arguments are expected on Monday. It will soon be in the hands of the jury.

If they believe Deputy District Attorney Liz Owen, Nelson is a teacher who became infatuated with a tall, basketball-loving boy, to the point of giving him sexual favors. She testified that she knew the relationship was wrong, but she continued it anyway because she cared for him and was flattered by his attention.

She even joked while in custody about “hooking up with a 14-year-old.”

During her testimony on Wednesday, Nelson acknowledged caring for the student, but said he pressured her to be intimate with him, including kissing and oral sex. She testified that she felt powerless to say or do anything because the student was threatening to tell school officials and she was afraid of losing her job and possibly her child.

But Owen asked Nelson to show her where, in the nearly 100 pages of Instagram messages between her and the student, did the student threaten her. She couldn’t. She said it happened in person.

Owen reminded the jury that this was not a normal student-teacher relationship. She pointed to the Instagram messages where Nelson referred to the student as ”boo, or love.” Soon after they began private messaging each other, she sent him a photo of herself in a dress that Owen described as short, black and tight. Later, Nelson sent semi-nude photos of herself to the student.

“And how old was (the student) when you sent that to him?” Owen asked.

The student was 13 and Nelson was a 31-year-old married mother of one.

Owen said she found it interesting that Nelson said that she knew the relationship was wrong because she was married and a teacher.

The deputy district attorney also went after Nelson’s version of how the student allegedly forced her to kiss him. Nelson testified that the student came into her room in between classes, pushed her onto a desk and kissed her. She screamed his name and then he ran off.

She was hoping her husband, who was a physical education teacher at Tenaya, would hear her. But no one did.

When Owen asked if she kissed the student back, Nelson hesitated to answer, then said it was possible she did, but only as a natural instinct.

“It’s a natural instinct to kiss a child who just pushed you down on a desk?” Owen asked.

In her mind, Nelson said, yes.

Nelson also testified that the student was constantly pressuring her to give him oral sex. One day she relented, saying she didn’t want to but she felt she had no choice.

Owen asked Nelson several times why she never told anyone that a student had forced a kiss from her and coerced her into giving him oral sex. Owen asked if it was because she had romantic feelings for him?

There were no romantic feelings, Nelson said. “I just cared about him as a person.”

Nelson admitted to lying to police during her initial interview. She told detectives she didn’t message the student, share semi-nude photos of herself, or give him oral sex. She also said she didn’t want to lie any more.

To drive that point home to the jury, Owen asked Nelson point blank:

“Did you have (the student’s ) penis in your mouth, was he aroused, did he ejaculate and was he in the eight grade when you did that,” she asked.