Home Conservative Life Jussie Smollett To Be Sued By Chicago After Missing To Pay Back... 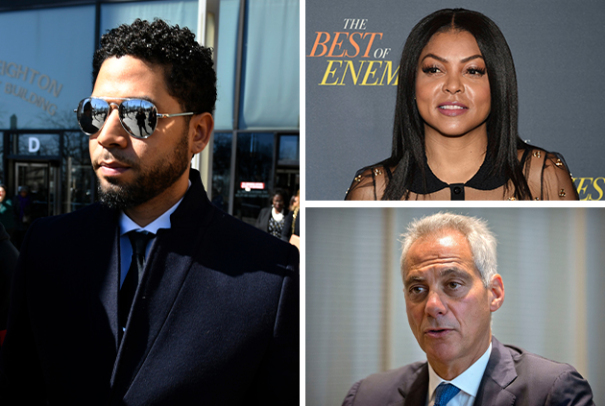 Jussie Smollett may have seen the felony charges against him dropped by state prosecutors last week and Taraji P. Henson is predicting he will return to Empire but the actor’s legal troubles in Chicago are far from over.

With the passing this evening of a deadline set by out-going Mayor Rahm Emanuel for Smollett to repay the Windy City $130,000 for the costs of the investigation into the alleged attack against him, Chicago is going to sue the actor.

“Mr. Smollett has refused to reimburse the City of Chicago for the cost of police overtime spent investigating his false police report on January 29, 2019, a spokesperson of the Midwestern metropolis said Thursday as it became EOD in Chicago. “The Law Department is now drafting a civil complaint that will be filed in the Circuit Court of Cook County. Once it is filed, the Law Department will send a courtesy copy of the complaint to Mr. Smollett’s L.A. based legal team.”

Under Chicago by-laws and made clear in the letter Smollett was sent on March 28, the city can seek more than $390,000 from the actor, which is three times the original amount plus court and attorney costs

Representatives for Smollett had no comment on the matter when contacted by Deadline.

The actor who plays the openly gay Jamal Lyon on the Lee Daniels and Danny Strong created Fox series had the 16 felony charges and potentially years behind bars he faced for allegedly staging a racist and homophobic attack on himself on January 29 erased on March 26 and the whole case sealed.

The decision by Cook County State’s Attorney Kim Foxx’s office drew a statement from the Lachlan Murdoch-run network that they were “gratified” with the outcome, but also strong scorn from Mayor Emanuel and the Chicago Police, among others.

As the angry departing Mayor called the deal for a few hours of community service and the forfeiting of a $10,000 bond a “whitewash of justice, prosecutor and First Assistant Cook County State’s Attorney Joseph Magats told local media that he believed Smollett was guilty of staging the assault himself. Handling the case after Foxx recused herself, Magats also said the deal the actor received did not exonerate him.

The passing of today’s deadline and the city’s intention to take this to the courts also comes as Smollett’s on-air mother Taraji P. Henson told The View this morning that he’ll be returning if there’s a widely expected sixth season of Empire. “I haven’t heard anything else,” the Academy Award nominee told the daytime talker when asked if Smollett would be back next year – as you can see in the video below.

Already written out of the final two episodes of the series’ current fifth season, Smollett’s option is up in late June. Fox has until next month to officially decide if it wants to bring the Henson and Terrence Howard led Empire back. Despite the claims of the actor who portrays Cookie Lyon, sources tell me, as I reported on March 27, that it still looks like Smollett will not be back but the “absolute final decision” has not yet been made.

This latest legal twist will surely not be helpful to Smollett, to put it mildly.

As Mayor-elect and ex-prosecutor Lightfoot says she will be looking into what went on in the Smollett case, the union representing the CPD and the chiefs of 30 surrounding police departments revealed that they conducted a no confidence vote into Foxx’s office. The result was apparently unanimous.