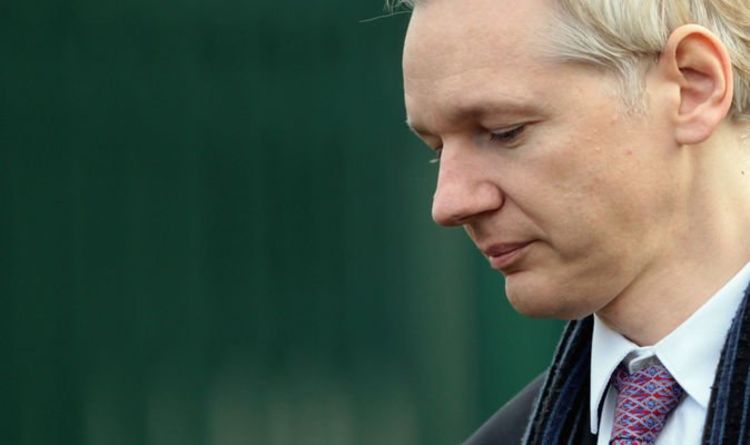 The WikiLeaks founder has been in the London building since 2012 after seeking asylum there as Swedish police wanted to question him over allegations of sexual assault and rape. WikiLeaks tweeted on Thursday night: “A high-level source within the Ecuadorian state has told WikiLeaks that Julian Assange will be expelled within ‘hours to days’ using the INA papers offshore scandal as a pretext and that it already has an agreement with the UK for his arrest.” Mr Assange is wanted by American authorities for his role in publishing secret US documents.

According to The Guardian, Ecuador’s president, Lenin Moreno, said Mr Assange had “repeatedly violated” some of the conditions of his asylum.

Mr Assange was also ordered by Ecuador to not “intervene in the politics of countries, or worse friendly countries”.

The president claims that photos of his bedroom, wife and family were circulated online, although he didn’t accuse Mr Assange of doing this.

He added: “We should ensure Mr Assange’s life is not at risk but he’s violated the agreement we have with him so many times.”

In 2010, an international arrest warrant was issued for Mr Assange amid the sexual assault claims in Sweden.

Denying the allegations, Assange said he would be extradited from Sweden to the US because of his role in the publication of secret documents.

These documents were made public and the federal government of the US in 2010 launched the criminal investigation against him.

The London Metropolitan Police have said that the warrant remains active after Mr Assange failed to answer bail.

Mr Assange was embroiled in claims that he was involved with the Russia scandal during the 2016 US election, allegations he continually denies.