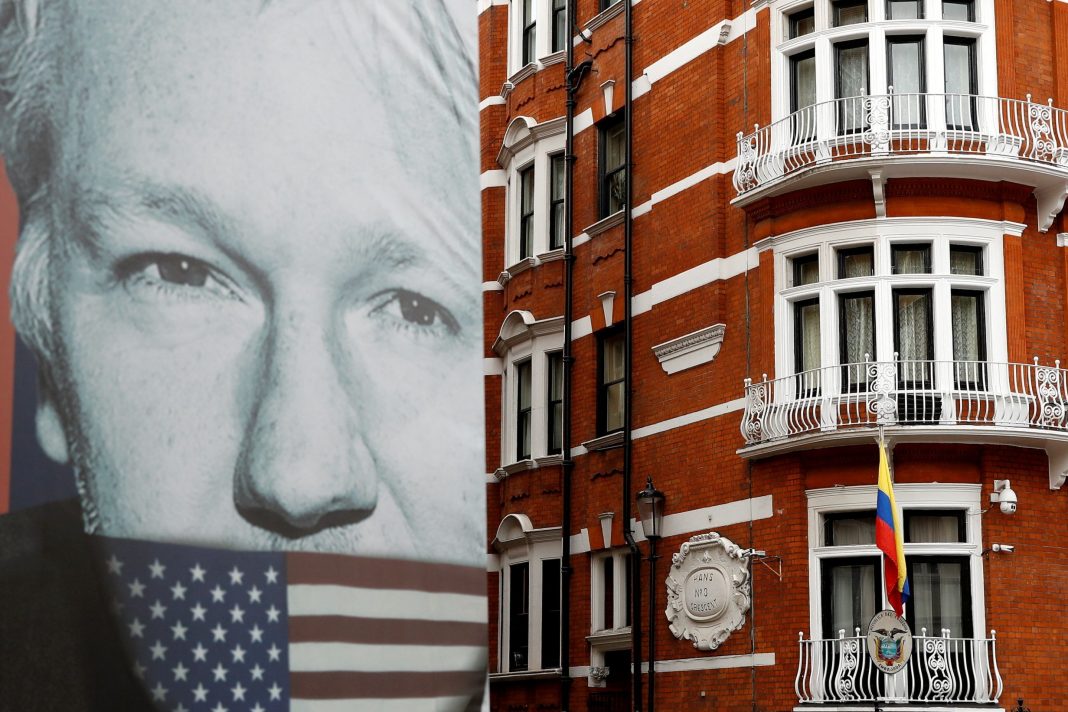 The United Nations torture investigator has urged Ecuador not to expel Julian Assange from its London embassy out of fear he could face mistreatment in the United States.

A British friend said the Wikileaks founder was “prepared” for expulsion from the building he has lived in for nearly seven years, after Ecuador’s President Lenin Moreno said he had “repeatedly violated” the terms of his asylum.

Nils Melzer, UN special rapporteur on torture, voiced concern that Assange’s health was in “serious decline” and that, if he were expelled, he was likely to be arrested by British authorities and extradited to the United States.

“Such a response could expose him to a real risk of serious violations of his human rights, including his freedom of expression, his right to a fair trial and the prohibition of cruel, inhuman or degrading treatment or punishment,” he said.

“I therefore urge the Government of Ecuador to abstain from …ceasing or suspending his political asylum until such time as the full protection of his human rights can be guaranteed.”

Vaughan Smith, who hosted Assange at his country mansion for a year during his failed legal battle against extradition, said after visiting the Australian inside the embassy that the situation was “very tense”.

“Julian doesn’t know for sure but he’s pretty convinced that at any moment he could be thrown out and he’s prepared for it,” Mr Smith told reporters.

Meanwhile, Britain’s foreign secretary Jeremy Hunt said Assange is a “free man” who can leave the embassy whenever he wants.

“Julian Assange is a free man, he can leave that embassy whenever he wants to, so we want the situation resolved as quickly as possible.”

Asked how likely that was, the foreign secretary said it is “up to him”, adding: “Well, he’s a free man, he can decide what he wants to do.”

Supporters arrived at the embassy throughout Friday morning, holding up posters and signs calling for Mr Assange to be allowed to leave without fear of being arrested.

On Tuesday, Mr Moreno blamed WikiLeaks for recent allegations of offshore corruption that appeared in local media outlets and the publication of family photos to social media.

Mr Moreno accused WikiLeaks of intercepting phone calls and private conversations as well as “photos of my bedroom, what I eat, and how my wife and daughters and friends dance”.

He provided no evidence, and WikiLeaks has denied any involvement.

WikiLeaks in a statement called Mr Moreno’s charges “completely bogus”, saying it reported on the accusations of corruption against the president only after Ecuador’s legislature investigated the issue.

WikiLeaks said its sources in Ecuador had revealed Mr Assange could be removed from the building “within hours to days”.

It is understood the source was regarded as credible by the anti-secrecy organisation.

Ecuador’s foreign ministry released a statement saying it “doesn’t comment on rumours, theories or conjectures that don’t have any documented backing”, but a senior Ecuadorian official said no decision had been made.

Colorado wildfire forces new evacuations as firefighters ‘praying we get a...

‘Go Back to Your House,’ Antifa Activists Shouts at Portland ‘F-ing...