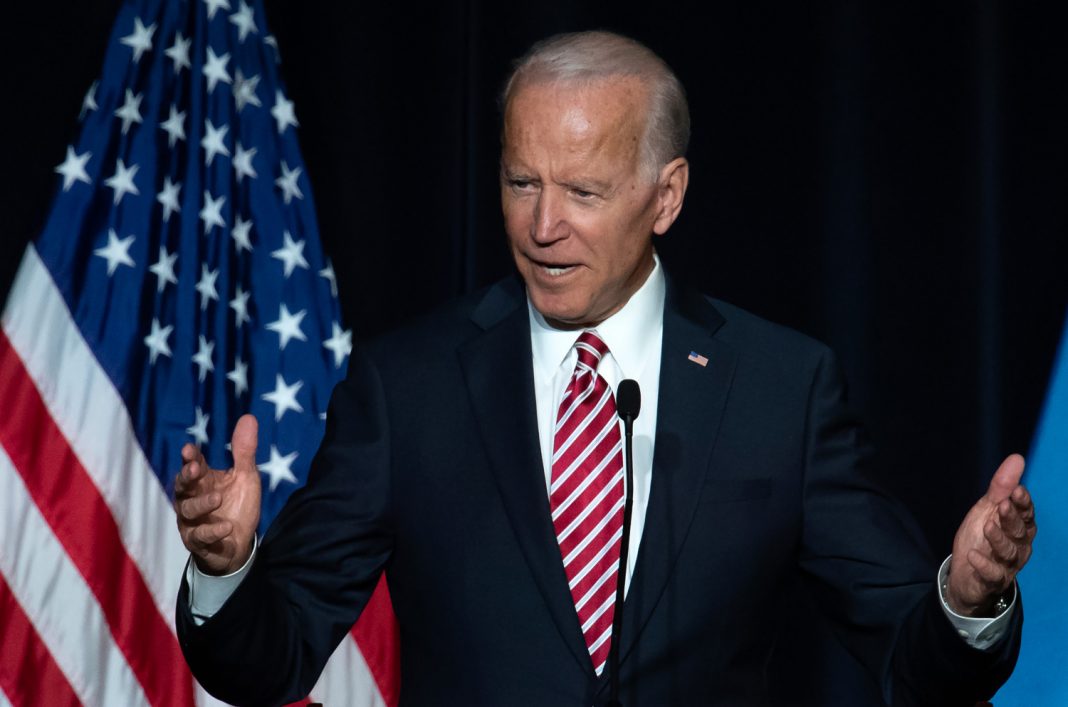 WASHINGTON (CBS/AP) — Former Vice President Joe Biden opened his first public speech since facing criticism from several women for unwanted touching with a joke about the controversy. Biden spoke Friday to an electrical workers union conference in Washington, D.C., and said he got “permission to hug” union president Lonnie Stephenson, who introduced him.

The comment by the Democratic former vice president was met with cheers from the overwhelmingly male crowd.

“I just want you to know I had permission to hug Lonnie,” said Biden. “I don’t know, man.”

He later made the same joke, but this time after hugging a boy on stage.

“By the way, he gave me permission to touch him,” said Biden.

Biden didn’t directly apologize to the seven women who have come forward saying his touching made them feel uncomfortable.

Should The SAT Be Optional? Bribery Scandal Renews Debate

Biden also stated that he “wouldn’t be surprised” if more allegations of inappropriately touching come out in the future.

BIDEN: “I wouldn’t be surprised” if there were more allegations that he inappropriately touched someone or made someone uncomfortable.

On Wednesday, the former vice president acknowledged in a video posted on Twitter that his tendency toward physical displays of affection and encouragement has made some women uncomfortable, and he promised to be “much more mindful” of respecting personal space.

Social norms are changing. I understand that, and I’ve heard what these women are saying. Politics to me has always been about making connections, but I will be more mindful about respecting personal space in the future. That’s my responsibility and I will meet it. pic.twitter.com/Ya2mf5ODts

“Social norms have begun to change. They’ve shifted,” the 76-year-old Biden said in a cellphone video posted to Twitter . “And the boundaries of protecting personal space have been reset. And I get it. I get it. I hear what they are saying. I understand.”

The video was Biden’s first direct comment on what has tripped up his preparations to enter the 2020 Democratic presidential campaign. He did not directly apologize but seemed to be seeking to ease some people’s discomfort, which has raised questions about whether he could wage an effective campaign.

CBS News has previously reported Biden is in the final stages of preparing for a 2020 presidential campaign.

NFL could push back Super Bowl ‘as far as 4 weeks’ if necessary, Packers CEO says