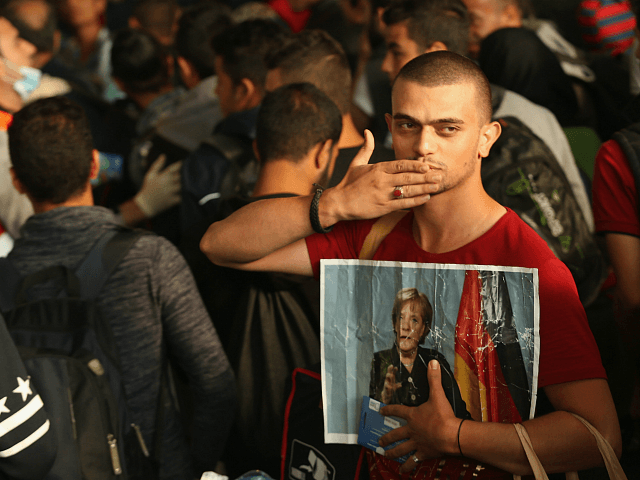 Pro-mass migration NGOs “shocked” at EU policies aimed at deterring illegal immigration have turned to Angela Merkel with a plea to open the bloc’s borders.

In an open letter released Wednesday, activists urged the German chancellor to force EU nations to adopt a three-point “emergency plan”, which would involve assisting third world migrants to reach Europe and then sharing them out across member states.

In it, the more than 250 NGOs who signed the appeal accuse EU leaders of “approving the deaths of thousands of people” with current policies aimed at deterring migrants from paying human trafficking gangs to ship them to Europe.

It is a “scandal” that people who help bring migrants into Europe are being criminalised, according to the letter, which argues EU policies to restrict illegal immigration “must be ended” on the basis they “not only threaten people’s lives but also put our own humanity on the line”.

Signed by a raft of mass migration-backing NGOs including Amnesty International, Sea Watch, Pro Asyl, SOS Méditerranée, and Doctors Without Borders (MSF), the letter alleged a “reorientation of German and European politics”, based around ensuring “a dignified future for [migrants] and their families” was “more important than ever” ahead of May’s EU elections.

While the NGO alliance praised the German leader for her launch of an unprecedented wave of third world migration in 2015, the NGO alliance explained they were writing to Merkel  “as the chancellor who made a decision to act European, at a critical moment”, before setting out their demands for “human rights and solidarity-based” border policies.

As well as ordering NGO boats be allowed to resume activities in the Mediterranean, where they have been accused of working with criminal trafficking gangs in ferrying migrants from Africa to Europe, the letter also dictated that arrivals must be shared out equally between the bloc’s countries.

The signatories also demanded that cities and municipalities in Europe — in addition to member states, which already have this right — be allowed to label themselves “safe havens” and to import further third world migrants directly from poorer nations and conflict zones on a voluntary basis.

MSF Germany’s Philipp Frisch said it was vital that “sea rescues be carried out and migrants taken to places of safety so that no one has to die on the way to Europe”, adding that signatories to the letter “expect Mrs Merkel to send a signal to her colleagues in other EU countries” that this should be the case.

Contrary to the letter’s claim that policies deterring people from embarking on risky journeys to Europe are costing “thousands of lives”, figures show a huge drop in the Mediterranean death toll since Italy cracked down on the activities of NGO boats picking migrants up off the coast of Libya and delivering them to EU shores.

‘Keep Your Damn Hands Off’ of the Supreme Court, U.S. Senate, Electoral College