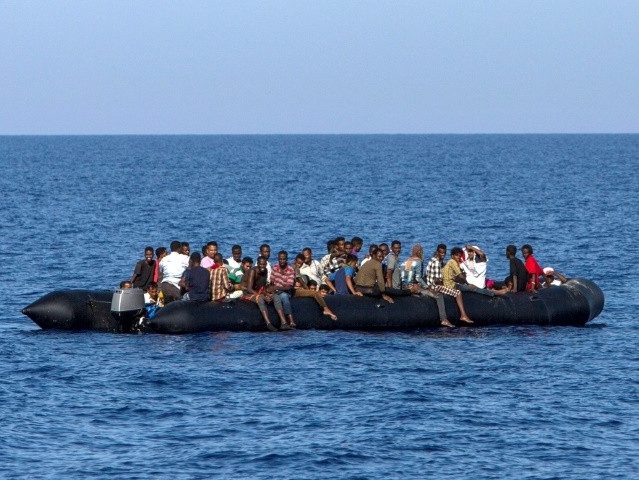 The head of migrant transport NGO “Mediterranea Saving Humans” Luca Casarini has been interrogated by Italian officials who are investigating his organisation for abetting illegal migration.

Casarini, along with the commander of the vessel the Mare Jonio Pietro Marrone, is under investigation by the prosecutor’s office of Agrigento after the ship illegally entered Italian waters carrying migrants, Il Giornale reports.

Deputy prosecutor of Agrigento Salvatore Vella questioned Casarini this week and shortly before the interrogation began, Casari told reporters, “Of course I will speak. I will answer very willingly. There are others who hide and escape from trials.”

Several weeks ago, the Mare Jonio picked up 49 migrants off the coast of Libya and caused controversy because they did not wait for the Libyan coastguard to arrive before they collected the migrants, who were in an inflatable dinghy about 40 miles off the Libyan coastline.

The ship’s crew claimed on Twitter, “We are already helping them,” and announced they would be heading north to Italy despite populist Interior Minister Matteo Salvini having closed all ports to migrant transport NGOs last year.

“We are heading north to avoid bad weather, we are heading towards Italy where we will ask for a safe harbour to disembark these escaped people from Libyan concentration camps,” Casarini told Italian media at the time.

The Italian coastguard then prevented the ship from landing in Italian territory, escorting it to Lampedusa where the vessel was confiscated.

“From here on in, Italy has a government which defends its borders and enforces respect of its laws, above all as regards human traffickers,” Salvini said shortly after the vessel had been taken by authorities.

Since the closing of Italian ports to migrant transport NGOs, the number of migrants entering Italy illegally has massively declined, as has the number of drowning deaths in the Mediterranean sea.

The number of migrants has dwindled so low that last month, NGO Sea Eye claimed to have not seen a single migrant during a three-week operation off the Libyan coast.