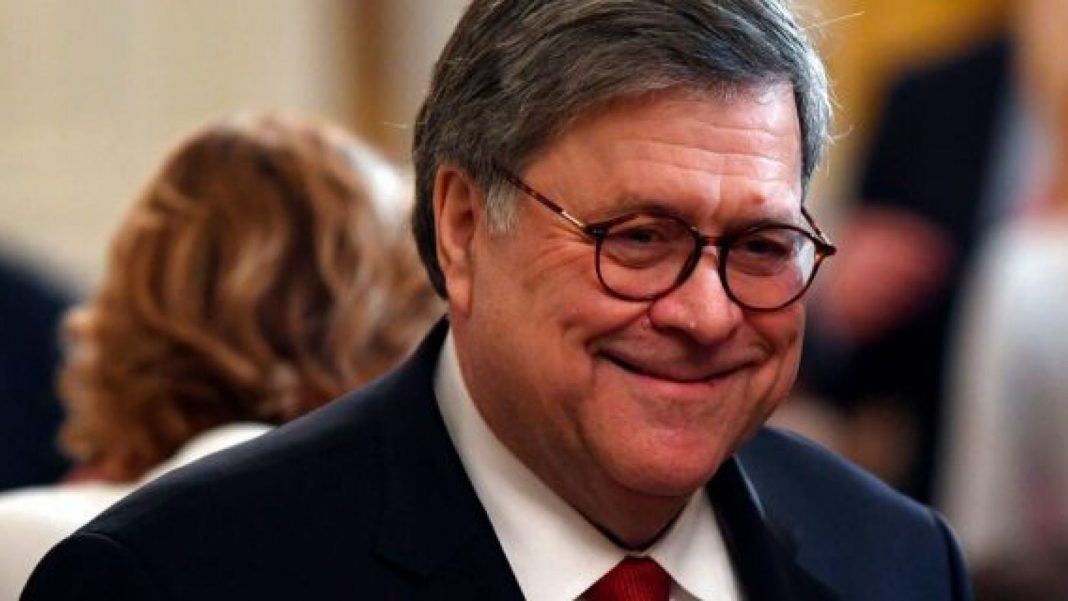 MUELLER REPORT UNDER SCRUTINY: The Mueller report – and everyone involved in its handling, from Attorney General William Barr to Special Counsel Robert Mueller and his investigators – are under scrutiny as Democrats demand that Barr release the full, unredacted report … On Thursday, the attorney general – who is expected to release entire Mueller report, with redactions, by mid-April – defended his handling of the 400-page document, saying it contains sensitive grand jury material.

Meanwhile, amid reports that Mueller’s findings were more damaging to President Trump than Barr indicated, Fox News has learned Republican lawmakers had concerns about Mueller’s investigators before the probe ended. Sens. Chuck Grassley, R-Iowa, and Lindsey Graham, R-S.C., alerted Barr to what they described as the “selective” use of emails in Mueller court filings — as well as potential “improper political influence, misconduct, and mismanagement” in the FBI’s original Russia probe.

EX-TRUMP FIXER MAKES LAST-MINUTE PLEA TO DEMS: With a little more than a month to go until he is slated to report to prison, former Trump fixer Michael Cohen is asking House Democrats to help keep him out of the big house … In a letter sent to lawmakers Thursday, Cohen’s legal team said he was still sorting through documents in his personal files that might be of interest to House Democrats investigating President Trump, including emails, voice recordings, images and other documents on a hard drive. The letter was sent to a who’s-who of Trump opponents in the Democratic Party, including Reps. Adam Schiff of California, Jerry Nadler of New York, Maxine Waters of California and Elijah Cummings of Maryland.

HOWARD SCHULTZ: TRUMP WINS RE-ELECTION IF SANDERS IS HIS OPPONENT – Potential independent 2020 White House contender Howard Schultz predicted outright that President Trump will win re-election if Democrats nominate a self-described socialist like Bernie Sanders, during Fox News’ “America’s Election HQ” Town Hall Thursday night in Kansas City, Mo. … At the town hall event, co-hosted by Fox News’ Bret Baier and Martha MacCallum, Schultz separately denied he would play a “spoiler” in the race — and suggested instead that someone like Sanders could unwittingly play that role. He addressed a variety of topics, such as the immigration crisis at the U.S-Mexico border, allegations of inappropriate conduction leveled by seven women against Joe Biden, Trump’s withdrawal from the Iran nuclear deal and more. (Click on the video above for a highlight from the Schultz townhall.)

FILE – In this March 26, 2019, file photo, actor Jussie Smollett smiles and waves to supporters before leaving Cook County Court after his charges were dropped in Chicago. (AP Photo/Paul Beaty, File)

CHICAGO VERSUS SMOLLETT: Chicago is vowing a civil suit against Jussie Smollett after the “Empire” actor “refused to reimburse” the city for the cost of investigating his controversial case … In a statement obtained by Fox News, the city’s law department said that Smollett, 36, “has refused to reimburse the City of Chicago for the cost of police overtime spent investigating his false police report on Jan. 29, 2019.” The statement said that the law department “is now drafting a civil complaint that will be filed in the Circuit Court of Cook County.”

SUSPECT ARRESTED IN QUADRUPLE SLAYINGS: A “person of interest” who was detained Thursday in connection with four workplace murders in North Dakota earlier this week has now been arrested and charged with the killings, authorities said … Four people were found shot and stabbed Monday inside family-owned company RJR Maintenance and Management. The suspect, identified as Chad Isaak, 44, of Washburn, N.D., lived in a trailer park managed by RJR Maintenance and Management. Police did not speculate on a motive.

‘TRUMP IS RIGHT’ – “The issue that we have to recognize is this: President Trump is correct, and the Republican leadership is correct that we need fierce, strict levels of control on that border to keep bad people from coming in; illegal immigrants should not come in.” – Howard Schultz, addressing the illegal immigration crisis, at Fox News’ “America’s Election HQ” Town Hall. (Click the image above to watch the full video.)

TODAY’S MUST-READS
Trump reacts to Barbara Bush criticism: ‘Look what I did to her sons.’
Report: Court papers show Gillibrand’s father worked for sex cult.
Lawrence Jones responds to critics who mocked him for wearing bulletproof vest at U.S.-Mexico border.

The Brian Kilmeade Show, 9 a.m. ET: U.S. Sen. Bill Cassidy, R-La., on the latest in the battles over the Mueller report, health care and the illegal immigration crisis; Adm. James Stavridis, operating executive with the Carlyle Group, on Congress passing a historic resolution to end U.S. support for Saudi-led war in Yemen. Plus, the latest on U.S. talks with Venezuela, China and Russia. Geraldo Rivera, Fox News roaming correspondent-at-large, takes on the top headlines of the day. Gianni Russo discusses his new book, “Hollywood Godfather: My Life in the Movies and the Mob.”

Cavuto Live, Saturday, 10 a.m. ET: National Border Patrol Council President Brandon Judd weighs in on President Trump giving Mexico one year’s notice before he shuts down part of the border. The latest on House Democrats ramping up investigations into President Trump. And a look at new privacy concerns for Facebook and the legal trouble the social media giant could potentially face.

Life, Liberty & Levin, Sunday, 10 p.m. ET: Mark Levin sits down with former CBS correspondent Lara Logan to talk about her time in Afghanistan and Iraq, reporting on Benghazi, and the state of today’s media.

Fox News First is compiled by Fox News’ Bryan Robinson. Thank you for joining us! Have a good day and weekend! We’ll see you in your inbox first thing Monday morning.