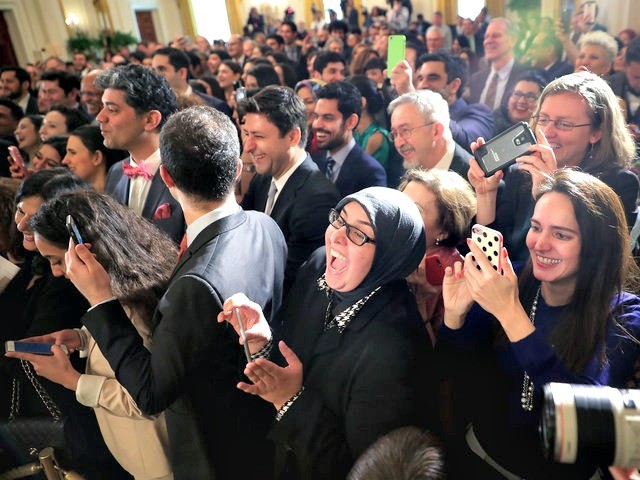 Certain ethnic groups are opposing their classification as “white” on the upcoming 2020 Census because they say the diversity quotas of corporations and universities will hurt their educational and job opportunities.

Arab and Persian residents in the United States told the Los Angeles Times that while they plan to participate in the 2020 Census, they fear they will be lumped in with the racial category of “white” Americans.

The U.S. is home to about three million southwest Asian, North African, and Middle Eastern residents, according to an analysis by the Times. The vast majority, about 80 percent, have called themselves “white” on previous census surveys.

The ethnic groups, though, fear declaring themselves “white” will give them a disadvantage in the education system and job market, as universities and corporations have favored diversity quotas:

In addition to those resources, advocates argue, the “white” label could hurt universities and companies that use the information to promote diversity and could result in the gathering of little or no statistical data on important issues, such as health trends in the community. [Emphasis added]

Sarah Shabbar grew up in Santa Barbara feeling underrepresented. In school, she was counted among the white students and wondered why she had to “conform to something I don’t agree with.” [Emphasis added]

“It was such a weird thing to grow up and be told, ‘You should be proud to be Jordanian. You should be proud of where you come from,’” said Shabbar, now a graduate student at California State University, Northridge. “None of these forms are allowing me to feel proud of it, because I’m just white according to them.” [Emphasis added]

The U.S. Supreme Court will soon decide the constitutionality of asking U.S. residents if they are American citizens on the 2020 Census, as President Trump’s administration has advocated.

In recent testimony, Rep. Mo Brooks (R-AL) said the citizenship question on the 2020 Census was paramount to ensuring electoral college votes and congressional districts are eventually apportioned by the number of citizens and legal immigrants, rather than all residents regardless of illegal alien status.

Currently, the U.S. admits more than 1.5 million legal and illegal immigrants every year, with more than 70 percent coming to the country through the process known as “chain migration,” whereby newly naturalized citizens can bring an unlimited number of foreign relatives to the U.S. In the next 20 years, the current U.S. legal immigration system is on track to import roughly 15 million new foreign born voters. Between seven and eight million of those foreign born voters will arrive in the U.S. through chain migration.