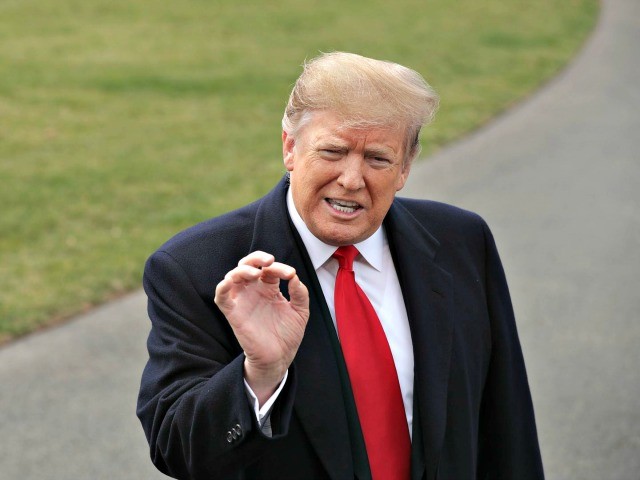 President Donald Trump told reporters from the Oval Office Thursday just before meeting with the Chinese Vice Premier that they will probably know if there will be a trade deal between the two nations within four weeks.

The president added that if there is a deal he will hold a summit with Chinese President Xi Jinping. He made the comments moments before a meeting with Chinese Vice Premier Liu He.

“I think it’s very important and we’ll see if it happens. We’ve never done a deal like this with China,” said the president. “It’s a very unique set of circumstances, but it’s a massive deal. Could be one of the – I guess it is if you think about it, the biggest deal ever made. There can’t be a deal like this no matter where you look.”

“This is the granddaddy of ‘em all,” said Trump. “And we’ll see if it happens, It’s got a very, very good chance of happening. I think it will be great for both countries.”

“It will be a much fairer deal for us because all of the years we lost a lot of money to China, China has done very well,” the president said from his desk in the Oval Office. “I don’t blame China. I blame the people that sat right at this desk. They should have never allowed that to happen.”

He named intellectual property protection and tariffs as issues that still have to be worked out as part of the deal. He added that they have agreed to more things than what’s left to agree on. “It’s a very, very comprehensive deal,” he said.

President Trump called the relationship with China “at about the highest it’s ever been.”

He praised China’s reclassification on fentanyl, predicting it will have a tremendous impact.

“If we have a deal there will be a summit,” president Trump confirmed, saying there is a very good chance they will have it. “I’d say we’ll know over the next four weeks.”

“It may take two weeks after that to get it papered,” he said of a deal with China, if one is made in the next four weeks.