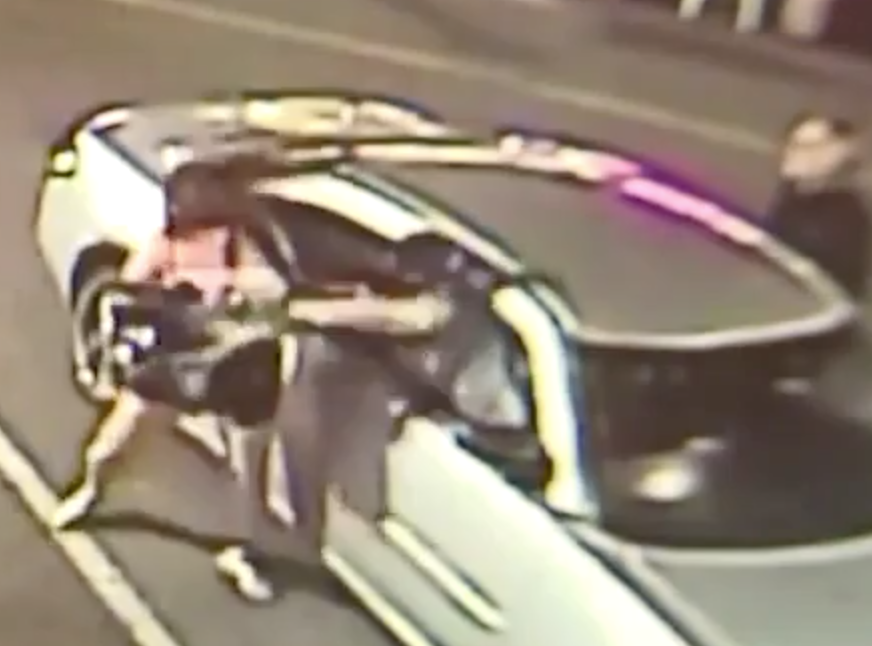 Two men were arrested Wednesday morning following a stabbing a witness appears to have captured on video the night before in downtown Huntington Beach, authorities said.

Piraino was booked into Orange County Jail Wednesday morning and is being held on $500,000 bail. He is scheduled to appear in court Thursday. Lebrun was booked by the HBPD and later released.

Officers responding to Main Street and Walnut Avenue at 10:30 p.m. Tuesday found a woman with a knife stuck in her abdomen, police said.

Several witnesses called 9-1-1 to report license plates of drivers they suspected were the assailants, police said.

One witness captured the altercation in a graphic cell phone video, which appears to show a woman kicking the side of a silver car and a man leaning out of the passenger-seat window and thrusting himself toward the woman.

The two appear to struggle in the video before the woman walks away from the vehicle with what looks like the handle of a knife protruding from her abdomen. The video is posted to Facebook with a graphic content warning.

The victim was immediately transported to an area hospital and treated for a non-life-threatening wound, police said.

Police checked different combinations of the reported license plates reported and found a match to a vehicle, which they located nearby, police said.

Shortly after midnight officers located and apprehended the suspects.