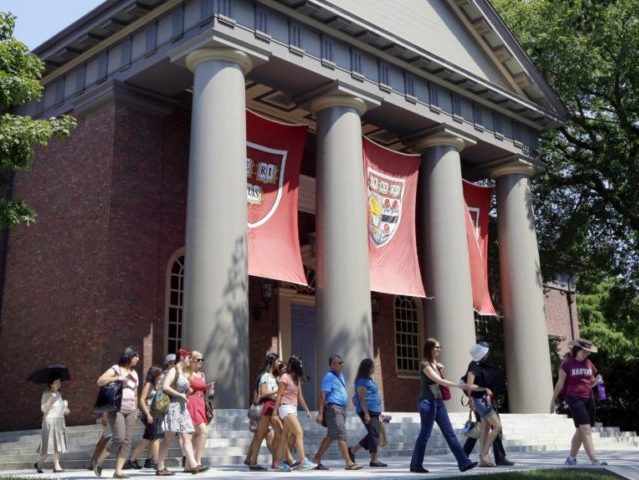 President Donald Trump will address a pro-Israel rally during the annual leadership meeting of the Republican Jewish Coalition (RJC) in Las Vegas, Nevada, on Saturday.

It will be one of the first times a U.S. President has devoted his own political rally to the cause of U.S.-Israel relations — but then, Trump has the best record of any president on Israel.

And, conversely, the Democrats are reaching new depths in their hostility to the Jewish state.

Last month, Democrats failed to condemn Rep. Ilhan Omar (D-MN) for her antisemitic comments about Israel, instead passing a resolution against all forms of hatred.

Omar backs boycotts of Israel, but Speaker of the House Nancy Pelosi (D-CA) put her on the House Foreign Affairs Committee.

Many Democrats boycotted Israeli Prime Minister Benjamin Netanyahu’s speech to Congress in 2015, and none attended the opening of the U.S. embassy in Jerusalem last year.

This week, every Democratic presidential candidate of note is appearing at Al Sharpton’s National Action Network convention in New York.

Sharpton has a long history of racism and antisemitism, going back to riots in 1991 that led to the murder of a Jewish religious student, Yankel Rosenbaum. In 2008, Barack Obama refused to be seen with, or endorsed by, Sharpton. But today, Democrats consider him a kingmaker and none dare criticize him.

The increasingly anti-Israel posture of the Democratic Party, and its increasing tolerance for antisemitism, reflects what is happening at elite American universities today.

This week, the Undergraduate Council (UC) of Harvard College voted to provide a $2,000 grant for an event called “Israeli Apartheid Week,” part of an international anti-Israel campaign. That has created a crisis for Jewish members of the Harvard community — and the university itself.

Though Jews have many different views on Israel and Israeli policy — as on everything else — the land of Israel is central to the Jewish faith.

And as a factual matter, Israel is not an “apartheid” state. It provides legal equality for Jews and Arabs, and even affirmative action to assist Arab communities. There is no racial discrimination in Israel; Jews and Israelis come in every color.

The central premise of “Israeli Apartheid Week” is a lie.

Within Judea and Samaria — the “West Bank” — security sometimes requires separations between Arab and Jewish communities, as well as checkpoints. These did not exist before Palestinian suicide bombs made them necessary.

To call Israel an “apartheid” state is to deny Jews — and only Jews — political self-determination. It is to call for Israel’s destruction.

That is why calling Israel an “apartheid” state is widely seen as a form of antisemitism. The U.S. State Department defines “antisemitism” as including the claim that “the existence of a State of Israel is a racist endeavor.”

Academic freedom requires that students and faculty be allowed to express whatever views they want — including offensive ones. However, by providing funds for the expression of those views, the UC and Harvard are subsidizing antisemitism. (And “Israel Apartheid Week” has been held for two years without university funding.)

The UC’s decision is not only offensive to Jewish students and donors, but also forces them to subsidize prejudice against themselves.

The decision also damages Harvard as a whole. Not only does it signal that Harvard is prepared to subsidize antisemitism, but it sets a precedent that racist groups could exploit in future to argue they should be funded, too.

The UC’s finance committee chair was quoted by the Harvard Crimson as arguing that funding spent on what he called “race relations” “does not actually have to improve race relations; it is sufficient for the event to relate to them.”

That is an admission that “Israeli apartheid week” will damage race relations. And by the same logic, students who support the Ku Klux Klan could theoretically argue that the UC must fund them.

The UC has not yet received its funding from the university. Harvard’s administration can still intervene — and it should.

Regardless, if you want to know where the rot within the Democratic Party began, look no further than elite liberal academic institutions.