Home Conservative Life Biden: ‘I’m not sorry for anything that I have ever done’ 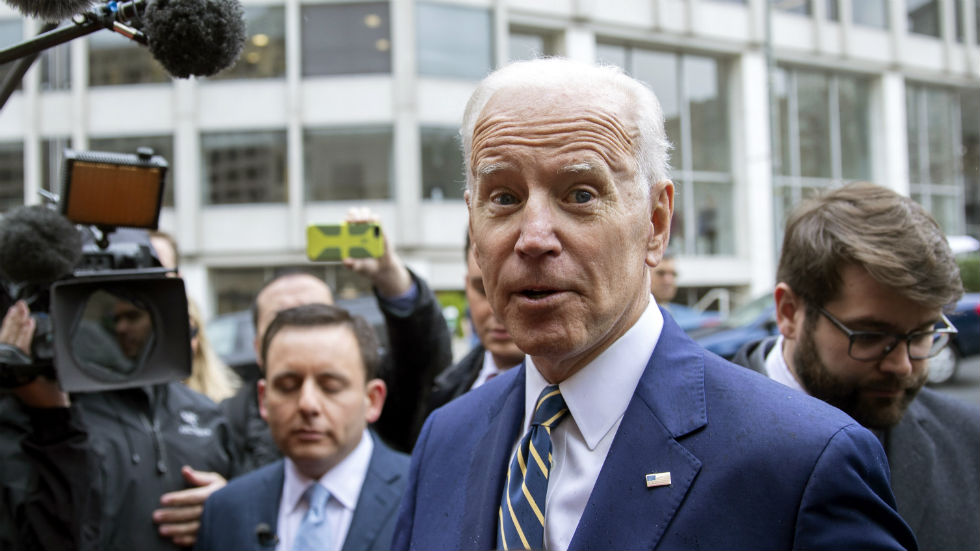 Former Vice President Joe BidenJoseph (Joe) Robinette BidenBiden hits back at Trump: ‘Presidential, as always’ Obama is quiet as Biden comes under attack Halperin apologizes in first public interview since losing job over harassment allegations MORE said Friday that he’s not sorry for his past actions that some women have said made them uncomfortable, but that he’s sorry he didn’t understand more at the time.

“The fact of the matter is I made it clear that if I made anyone feel [uncomfortable], I feel badly about that. It was never my intention. Ever,” Biden said.

Asked again if he was sorry, Biden did not apologize for his actions.

“I’m sorry I didn’t understand more,” Biden told reporters following a speech to a gathering of union workers. “I’m not sorry for any of my intentions. I’m not sorry for anything that I have ever done. I have never been disrespectful intentionally to a man or a woman. So that’s not the reputation I’ve had since I was in high school, for God’s sakes.”

Biden later appeared to address the jokes, telling reporters that he did not intend to “make light of anyone’s discomfort.”

“It was not my intent to make light of anyone’s discomfort,” Biden said after the speech. “I realize my responsibility is to not invade the space of anyone who is uncomfortable.”

Biden, who acknowledged he is merely waiting for the right moment to jump into the 2020 presidential race, has been at the center of controversy in recent days after several women said he touched them inappropriately or behaved in ways that made them uncomfortable.

Biden admitted that the accusations of unwanted touching will “have to change somewhat how I campaign.” He did not elaborate, other than to explain that he’s careful when taking selfies with supporters.

Friday marked Biden’s most extensive comments addressing the issue and his first public appearance since the women came forward.

During his speech to the electrical workers’ union, the former vice president referenced the controversy with a pair of jokes, telling attendees that he had received permission to hug the union leader and put his arm around a child he invited up on stage.

Biden had previously addressed the women’s accounts in a video shared Wednesday on social media. He did not apologize in that recorded statement, either, but acknowledged times have changed and that he would adjust his behavior.

While many of Biden’s former colleagues in the Senate and others have attested to his character, President Trump

Donald John TrumpGroups ask judge to halt border wall construction Trump on Barbara Bush criticism: ‘Look what I did to her sons’ Man charged for throwing water balloons at Trump crowd: ‘I did what I had to do’ MORE and some Republicans have seized on the allegations.

Trump, who has himself been accused of sexual misconduct by several women, has taunted Biden multiple times in recent days, including when he shared a doctored version of the former vice president’s video remarks.

The president said Friday morning that he does not view Biden as a threat to his reelection chances.

“I don’t see him as a threat,” Trump told reporters. “I think he’s only a threat to himself.”