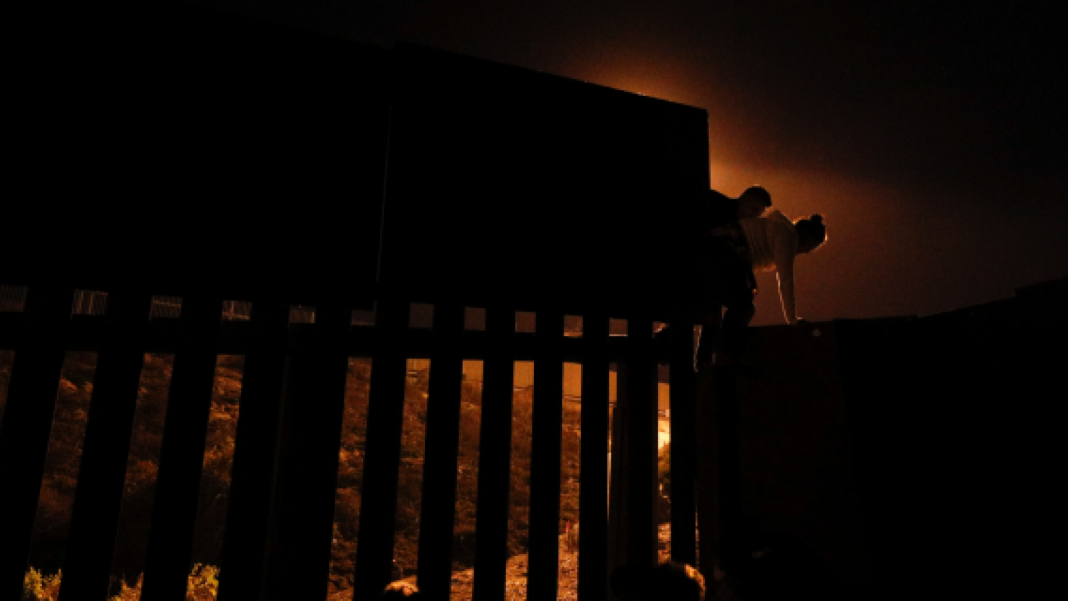 FILE – In this Dec. 2, 2018, file photo, Honduran migrants climb over a section of the U.S. border fence from Playas of Tijuana, Mexico, before handing themselves in to border control agents. A surge in family arrivals, largely from Guatemala and Honduras, has led Border Patrol agents to shift attention from preparing criminal cases to caring for children. (AP Photo/Rebecca Blackwell, File)

WASHINGTON – The American Civil Liberties Union on Thursday asked a judge in California to block the Trump administration from building a border wall using funds obtained through his national emergency declaration.

The court papers say President Donald Trump has overstepped his executive powers by diverting funds from the Department of Defense for a border wall and the threat is pressing because efforts by Congress to stop him have failed, and building plans are starting to come into focus. Lawyers asked for a hearing as soon as possible.

Trump has said he will shift $3.6 billion from military construction to erecting border barriers and plans are taking shape. Congress has voted to provide less than $1.4 billion for border barriers, leaving Democrats and some Republicans fuming that Trump is abusing his powers by ignoring Congress’ constitutional control over spending.

New sections of wall using the funding will be built in Arizona and New Mexico — areas not covered by Congress’ allocation.

“Now that the President has started raiding military funds and vetoed Congress’s rejection of his emergency, it’s urgent that the court stop his unconstitutional power grab,” ACLU attorney Dror Ladin said in a statement.

Congress had approved a resolution annulling the national emergency that Trump declared at the U.S.-Mexico border in February. That included passage by the Republican-led Senate, in which 12 GOP senators — nearly 1 of every 4 — joined Democrats in blocking him.

Trump vetoed that measure almost immediately. But then the Democratic-led House failed to override the veto.

The request to block the construction Thursday was part of a legal challenge filed in February on behalf of border communities and the Sierra Club environmental group, a day after Trump’s declaration. In addition, a group of 16 states, including California, New York and Colorado, have also filed against the emergency declaration on similar grounds.

Trump has dismissed all legal action as an effort to stall important priorities through “activist” left-leaning judges who lack border experience.

Separately, U.S. Customs and Border Protection said it was about to begin construction as early as Thursday on approximately 13 miles of levee construction in the Rio Grande Valley using funds that were allocated in 2018.

Right now there is about 654 miles of barrier built along the 1,954-mile border with Mexico. The majority was constructed under George W. Bush’s administration.

Pelosi Commits to Running for Speaker if Democrats Keep House