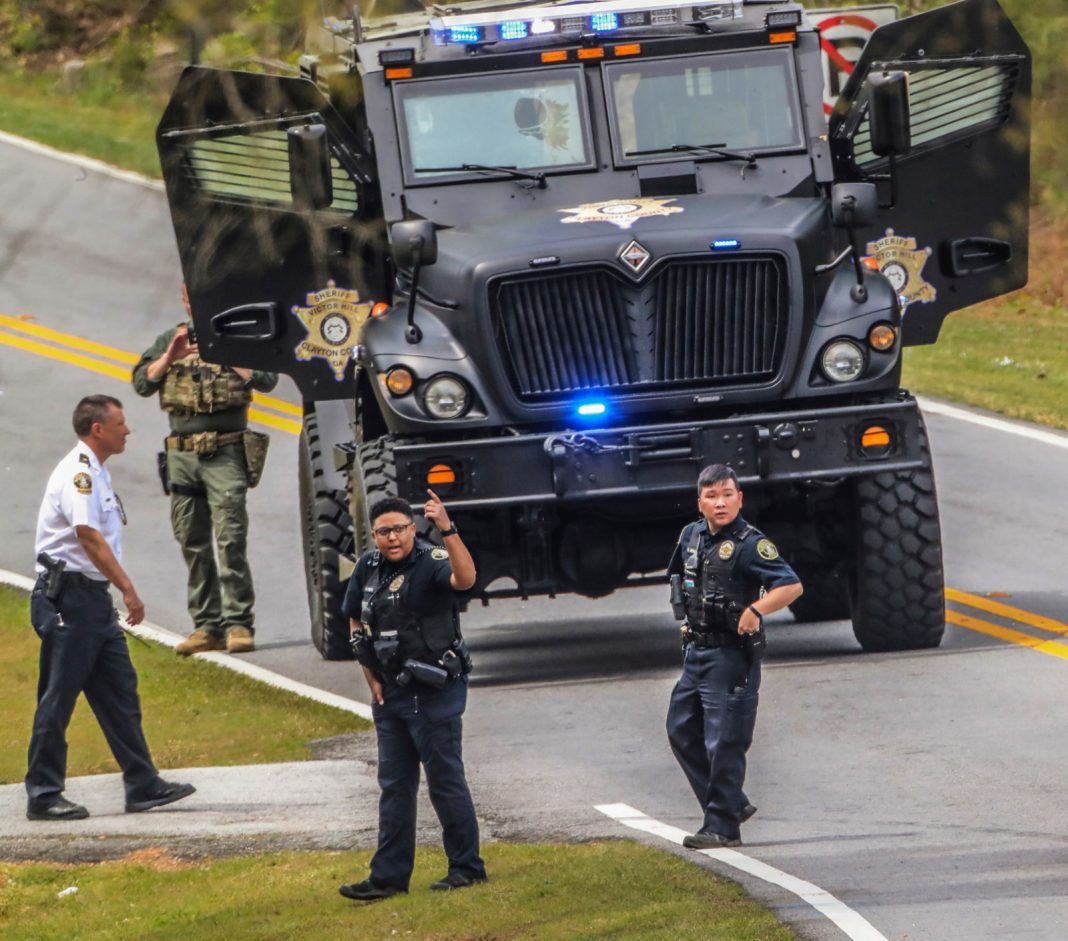 ATLANTA — A standoff that began when two Georgia police officers were shot and wounded has ended with a 16-year-old boy and a pregnant woman killed by a gunman who then killed himself, authorities said.

The two officers were responding to a domestic disturbance Thursday morning when they came under fire by the gunman, who then barricaded himself inside the house. A standoff ensued for the next 15 hours as police pleaded with the gunman to release the teenager from the home in Stockbridge, south of Atlanta.

Police were hopeful, saying that a negotiator was speaking with the gunman.

“With communication with the individual, at least he’s talking — that’s helpful,” Henry County police Capt. Joey Smith said at a Thursday afternoon news conference. “We’re going to wait as long as we can.”

However, by late Thursday night, the gunman was refusing to surrender and would not “provide proof of the well-being” of the teenager and the woman inside. So commanders made the decision to deploy gas inside the home, police said.

“The suspect fired numerous rounds at SWAT officers and vehicles,” police said in an update on social media late Thursday.

Blood was seen on the floor of the garage by the 911 caller, and officers were sent to check on the residents, Henry County spokeswoman Melissa Robinson said late Thursday.

Finally, in the pre-dawn hours Friday, police forced their way into the home and found three bodies. Their identities haven’t been released.

However, Anetria White told reporters at the scene that the woman who died was her sister, a nurse at WellStar Health System who had been working to get more training through Georgia Southern University. White also said the teenager was her nephew, and that he played football at nearby Dutchtown High School.

In an interview with WAGA-TV , White said she was the one who called 911 when she went to the home and saw blood.

White broke down in tears as she described seeing blood and then enduring hours of anguish and worry, “and then you find out that all three of them were gone,” she said.

The identities of the three people killed haven’t been released by authorities. The coroner’s office Friday morning referred questions to Smith, who wasn’t immediately available Friday.

The officers were hospitalized at Grady Memorial Hospital in Atlanta. Both were expected to survive, Smith said Thursday. One of them was struck in the hand and the other in the torso and hip area.

“I think the less injured officer was able to aid the other and get him out of the house,” Smith said.

Henry County has endured multiple shootings of police officers in the past two years.

In February 2018, Locust Grove Officer Chase Maddox, 26, was shot in the head and killed in the Henry County town he patrolled. Two Henry County sheriff’s deputies were also wounded in that shooting as the three law enforcement officers tried to serve an arrest warrant at a home.

COVID-19 smartphone app can tell if you’re an asymptomatic carrier –...