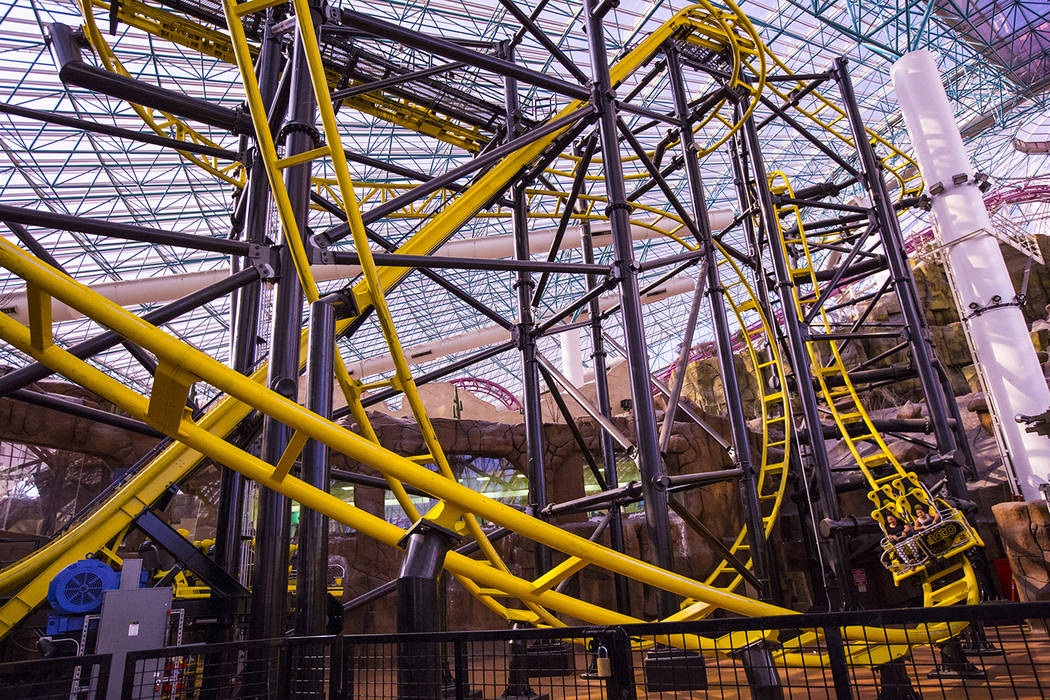 The woman who fell last month from a Circus Circus Adventuredome roller coaster is a “double amputee,” according to records obtained by the Las Vegas Review-Journal.

The woman, who is in her mid-20s to early 30s, was ejected from her seat on El Loco sometime between 2:29 p.m. and 2:35 p.m. on March 25, according to the prohibited-use notice placed on the ride following the incident.

Clark County spokesman Erik Pappa said he could not specify whether the woman was missing her legs or arms.

El Loco, which, records show, was built in 2013 and opened to the public in February 2014, passed its most recent annual inspection in January.

“The amusement and/or transportation ride presented for operational certification was inspected, tested, evaluated, reported and found to be in substantial compliance,” according to the Jan. 4 inspection report.

A follow-up inspection also was performed by the the Clark County Department of Building Fire Prevention, which oversees all amusement rides within the county’s jurisdiction, to observe ride operations when the roller coaster was open to the public.

Rides within the county are inspected annually by an approved third-party company, according to county spokesman Erik Pappa. In addition, he said, the Department of Building Fire Prevention also may perform unannounced inspections throughout the year.

The annual inspection tests the overall condition of a ride, including lighting, wiring and the holding areas in which guests wait in line, according to the report. A ride’s safety guards, warning signs, emergency stop controls and restraints also are checked during inspections.

Since El Loco opened to the public in February 2014, records show, there have been two reported incidents involving the 72-second ride that resulted in injuries, including the woman’s recent fall while the ride was moving and an April 2017 incident involving an Adventuredome employee.

Neither Clark County nor MGM Resorts International, the owner of Circus Circus, have released details regarding the woman’s condition or her injuries. But Pappa confirmed Wednesday that the woman was taken to a hospital on the day of the fall.

El Loco, which goes up to 44 mph when operating, remained closed Wednesday pending the county’s investigation. The status of the investigation was not immediately clear Wednesday.

About two years prior to the woman’s fall, an El Loco ride operator was injured when he left his post and entered a restricted area while the roller coaster was operating, according to a summary report of the investigation into that incident.

The employee was taken to a local hospital for a “precautionary evaluation,” although his injuries were not detailed in the report.

El Loco has four cars, which each hold four passengers, according to the reports. Guests must be at least 4 feet tall to ride the roller coaster.

This is a developing story. Check back for updates.