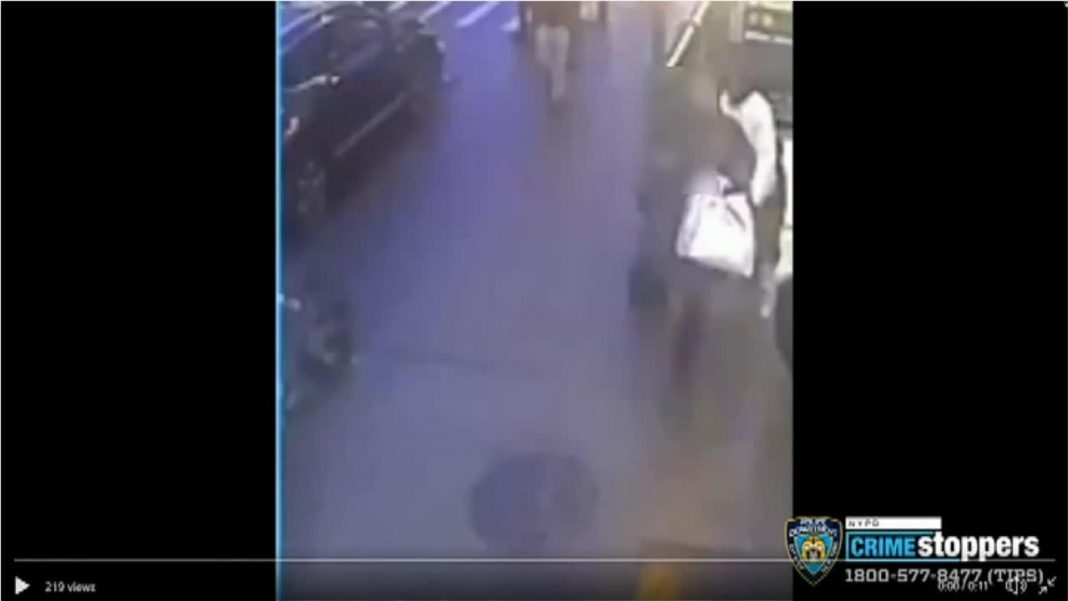 A man harassing women at a New York City subway brutally punched a 52-year-old woman in the face, breaking her nose, after she told him to stop, a shocking video shows.

Authorities released surveillance footage showing a man in a white long-sleeve shirt slugging a woman coming out of the Church Avenue subway station in the Flatbush neighborhood of Brooklyn at about 7:15 p.m. on March 21.

He appears to yell at the woman, and when she tries to go around him, the man socks her in the face, breaking her nose.

Police said that moments earlier, the woman had told him to stop harassing other women at the subway station.

“(He was using) foul-mouthed language to insult them and scream at them,” the woman, who asked not to be identified, told ABC7.

She said the man became enraged when she called it him out on his language and then followed her when she got off the train.

He hurled insults at her as she walked out of the station, and then, she says, the situation turned violent.

“He turned around, and just said ‘now I can hit you,’ and that was the moment where I already felt him hitting me,” the victim said, adding that it was like an “out of body experience.”

“I never felt like a victim for some reason. I just felt this was so bizarre to me — I did not expect it,” she added.

The woman refused medical attention at the scene.

Police describe the suspect as between 20 and 30 years old, with shoulder-length braids. He wore a white hooded shirt and dark pants.

Anyone with information about the identity of this male is asked to call the NYPD’s Crime Stoppers Hotline at 1-800-577-TIPS (8477).