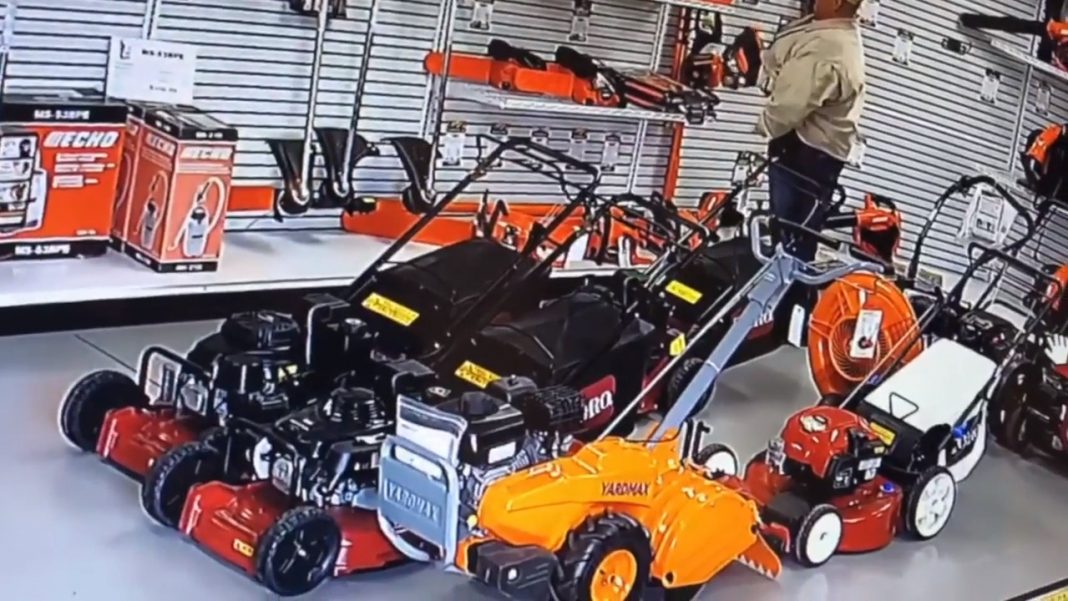 RG Equipment is looking for a man who stole a chainsaw from the store, but the event was caught on camera and now Fresno police are searching for the thief.

RG Equipment is looking for a man who stole a chainsaw from the store, but the event was caught on camera and now Fresno police are searching for the thief.

A Fresno equipment store owner wants help finding the man who stole an Echo chainsaw Wednesday by shoving it down his pants before driving away in a Dodge Ram pickup.

Jeff Bennett, of RG Equipment near East Clinton and North Fowler avenues, said the theft was caught on his security camera about 2:45 p.m. The video shows the suspect casually stuffing the chainsaw blade in his pants and then covering the engine assembly with his jacket.

Bennett described the pickup as a late-1990s model Ram, silver, with an extended cab. Bennett said he believes the thief had an accomplice who had been in the store last week, “scoping out” the area.

“You get a feel for these people,” Bennett added.

As of Thursday afternoon, the suspect was still at large, but Fresno Police Lt. Mark Hudson said a man did show up at the department’s southeast station in connection with the theft.

Hudson said the man wanted to clarify that he was not the thief, because “he was being blown up” on social media by people who mistakenly believed that he was the perpetrator.

Anyone with information about the theft is asked to call Crime Stoppers at 559-498-7867.