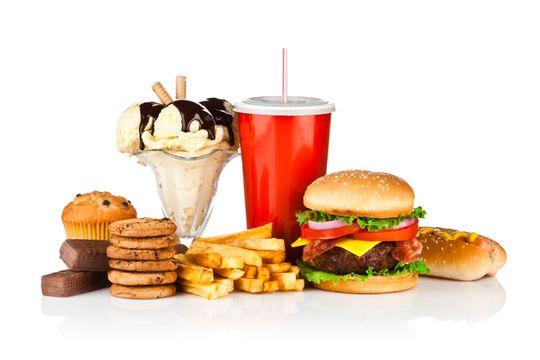 Millions of people are dying around the world from poor diets, often packed with sodium and lacking in whole grains and fruits, according to a study published Wednesday.

The peer-reviewed Global Burden of Disease analysis published in The Lancet suggests one in five deaths (about 11 million) are linked to unhealthy eating habits. People didn’t consume enough nuts, seeds, milk and whole grains, according to data from 2017. Instead, they consumed too much processed meat, sodium and sugary drinks.

“This study affirms what many have thought for several years – that poor diet is responsible for more deaths than any other risk factor in the world,” study author Dr. Christopher Murray of the University of Washington said in a statement.

The deaths included about 10 million from cardiovascular disease, 913,000 from cancer and almost 339,000 from type 2 diabetes.

The United States ranked 43rd on a list of deaths related to poor diet, with 171 deaths linked to diet per 100,000. Researchers say the leading dietary risk factor for death and disease in American is a low intake of whole grains, below 125 grams a day.

More: Food recalls up 10 percent since 2013 as foodborne illnesses kill 3,000 Americans a year

The U.K. ranked 23rd. The countries with the lowest rates of diet-related deaths were Israel, France, Spain and Japan. The highest rates were found in Uzbekistan, Afghanistan and the Marshall Islands.

“The paper also highlights the need for comprehensive interventions to promote the production, distribution, and consumption of healthy foods across all nations,” Murray said.

The study was funded by the Bill & Melinda Gates Foundation.