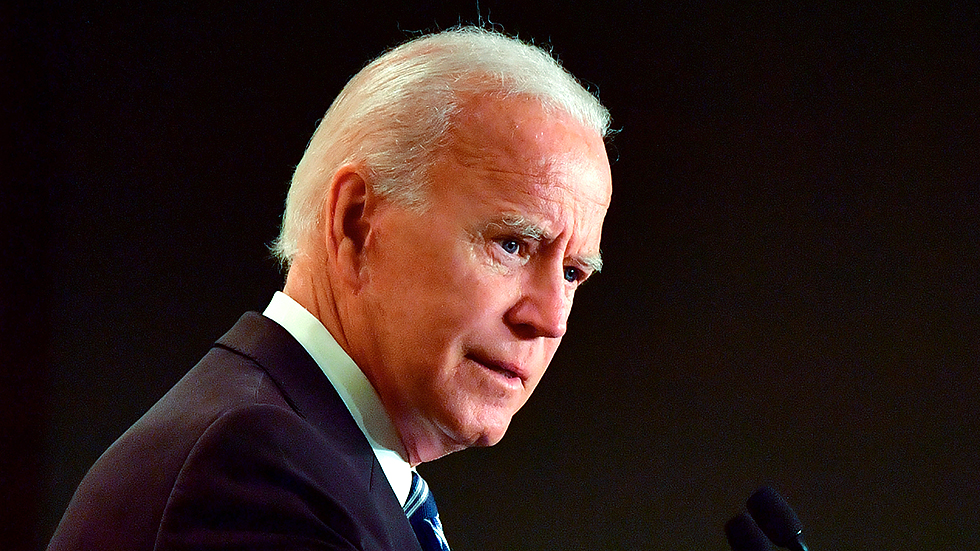 Joseph (Joe) Robinette BidenThree more women come forward with allegations against Biden after pledge to change behavior Steve King defends Biden: He’s ‘just an affectionate guy’ Buttigieg on Biden allegations: ‘Not a bad thing’ everyone is being held to ‘very high standard’ MORE touched them in ways that made them uncomfortable shortly after Biden, in a two-minute video, pledged to be more mindful of women’s personal space.

The women, Vail Kohnert-Yount, Sofie Karasek and Ally Coll, recounted instances in which they said Biden touched them in a Washington Post article published late Wednesday.

Kohnert-Yount told the newspaper that Biden introduced himself to her and shook her hand when she was a White House intern in 2013.

“He then put his hand on the back of my head and pressed his forehead to my forehead while he talked to me,” she told the Post in a statement. “I was so shocked that it was hard to focus on what he was saying. I remember he told me I was a ‘pretty girl.'”

Kohnert-Yount said she believed Biden’s intentions were good and that she did not feel it was an instance of sexual harassment or assault.

“But it was the kind of inappropriate behavior that makes many women feel uncomfortable and unequal in the workplace,” she said.

Karasek said she met Biden after appearing onstage at the Oscars with a group of 51 sexual assault survivors and Lady Gaga in 2016. She said that after she told Biden about a friend who had died by suicide, Biden took her hands and put his forehead against hers, a moment that was captured in a widely publicized photo.

Karasek told the Post that she appreciated Biden’s support but said the encounter made her uncomfortable because of the close proximity of their faces. She told the paper that she did not know how to respond to the gesture at the time.

Coll said she was working at an event as a Democratic staffer when she met Biden during the 2008 election cycle. She told the paper that when the two were introduced, Biden squeezed her shoulders, complimented her and held her for “for a beat too long.”

Coll now runs the Purple Campaign, a nonprofit that combats sexual harassment. She told the Post that she brushed off any feelings of discomfort about her interaction with Biden, saying she felt nervous and excited to meet him. She also said she now feels his behavior was inappropriate.

Kohnert-Yount’s, Karasek’s and Coll’s statements came after Biden posted a video Wednesday afternoon in which he responded to the allegations against him but did not directly apologize, the Post reported.

Biden acknowledged that times have changed and said he would adjust his behavior.

“Social norms have begun to change, they’ve shifted, and the boundaries of protecting personal space have been reset, and I get it,” Biden said in the video. “I hear what they’re saying. I understand it. I’ll be much more mindful. That’s my responsibility, and I’ll meet it.”

A spokesperson for Biden declined to comment on the allegations and referred the Post to Biden’s video. The Hill has reached out to Biden for comment.

Biden is widely expected to announce a bid for the presidency soon and has been seen as the front-runner in a large Democratic field.