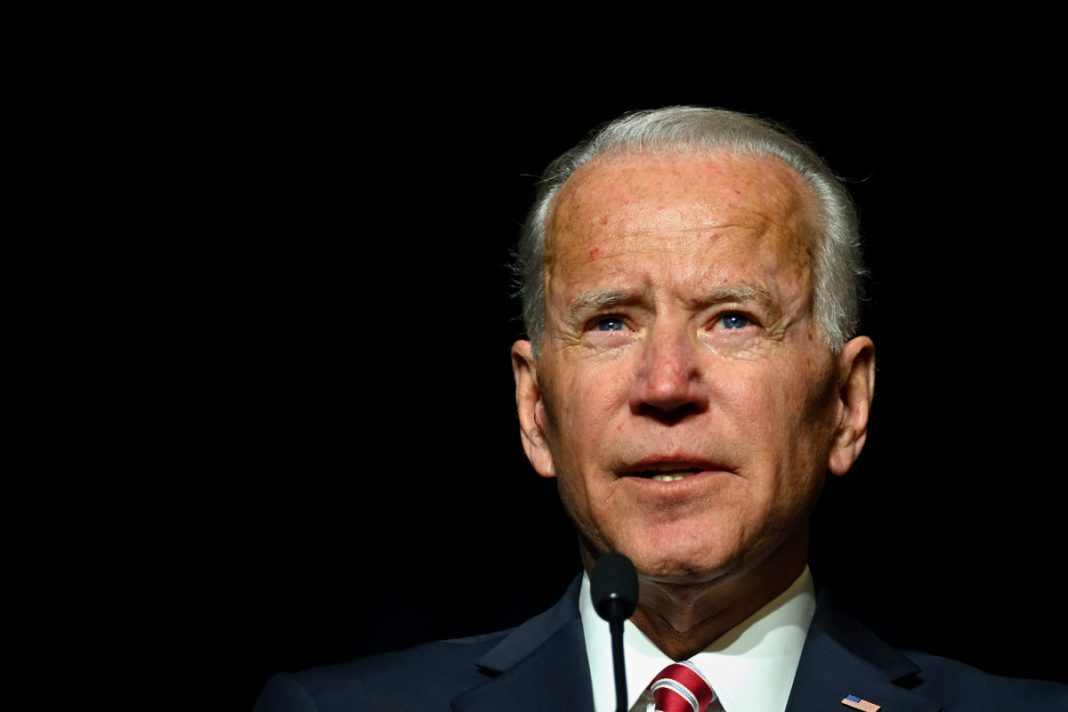 Creepy, handsy Uncle Joe Biden, who had the temerity to hug, kiss and space-invade a smattering of unsuspecting women and girls — some of whom dug it while a few felt “uncomfortable,’’ if not exactly violated — is guilty. But of what, exactly?

Weird Joe, who’s been showing keen affection to members of the fairer sex since before he became a big Democratic macher, has done the unforgivable in this humorless age. He’s shown genuine human warmth of the male variety to females in the scary era of #MeToo. And he’s demonstrated that the vast suspicion, bordering on hatred, of men — even dudes on the political left — is a force so powerful, he has only one choice: Pack in your presidential hopes, Joe, and repent. The feminists of America are coming for you with torches and pitchforks.

The insanity has spread like measles. Once, a man who gave a lady a friendly pat, a shoulder rub or an encouraging peck on the noggin was either thanked profusely, ­ignored or simply asked to stop.

Women, it was presumed, weren’t so powerless as to be ­unable to avoid unasked-for contact. Whatever happened to telling a pesky guy to scram? That is no longer an option.

Now, men can be subjected to the kind of shaming the late George H.W. Bush endured in his final days by angry women who claimed that pats on the backside dished out by the nonagenarian Republican ex-president from his wheelchair amounted to sexual assaults. (His spokesman insisted that the seated Bush’s arm fell on women’s lower waists “and on occasion, he has patted women’s rears in what he intended to be a good-natured manner.’’)

Even liberal Democrat Al Franken was driven to resign from the Senate for engaging in a stupid pre-politics prank involving a ­comedienne in a thick flak jacket and a grope from Franken, which he performed before a camera. Big mistake.

We’ve lost all sense of proportion. Many can’t — or choose not to — discern the difference between sexual violence and innocent flirtation, between a Harvey Weinstein and a Garrison Keillor.

In the case of Biden, 76, I can’t for the life of me pinpoint the outrage he supposedly committed, one that threatens to end his career ignominiously.

He was placed on political life support Friday after former Nevada state legislator Lucy Flores posted an attention-grabbing essay in New York magazine’s The Cut, detailing a 2014 close encounter with the then-veep, who came to Nevada to stump for her campaign for lieutenant governor. Initially, she was “grateful and flattered’’ by his appearance.

The rest of her screed reads like a cross between a girl-power manifesto and a racy romance novel.

“I felt him get closer to me from behind. He leaned further in and ­inhaled my hair. I was mortified. I thought to myself, ‘I didn’t wash my hair today, and the vice president of the United States is smelling it. And also, what in the actual f- -k?’ ”

Flores lost the race, badly. If things had gone the other way, most of us would never have heard of her. Flores doesn’t interpret the incident — even the “big, slow kiss’’ she claims Biden planted on the back of her head — as a crime or even textbook harassment.

Various females who, she contends, also have had their space penetrated by Biden, don’t consider themselves victims, either. The wife of Ash Carter, Stephanie, who had her shoulders massaged by Biden during her husband’s 2015 swearing-in as defense secretary, wrote an online piece praising Biden for comforting her nerves that day.

During Chris Coons’ swearing-in to the Senate the same year, Biden whispered in the ear of the senator’s then-13-year-old daughter, and kissed the top of her head.

Sen. Coons maintains that his three kids consider Biden a grandfatherly figure. Soon after Flores’ essay dropped, the pile-on began. Yet not one of the three other women who emerged from the woodwork to slime Biden ­described him as a sex fiend. Just a man, which could be bad enough.

Biden is a lonely political centrist in a constellation of socialist-leaning Democratic stars, which may be the reason some in his own party are trying to destroy him with specious claims of sexual oddities, even before he’s expected to announce his presidential candidacy.

Stop the madness. Judge Uncle Joe on the real issues, not the vague sexual stuff. Nor on offenses that even his accusers admit never happened.