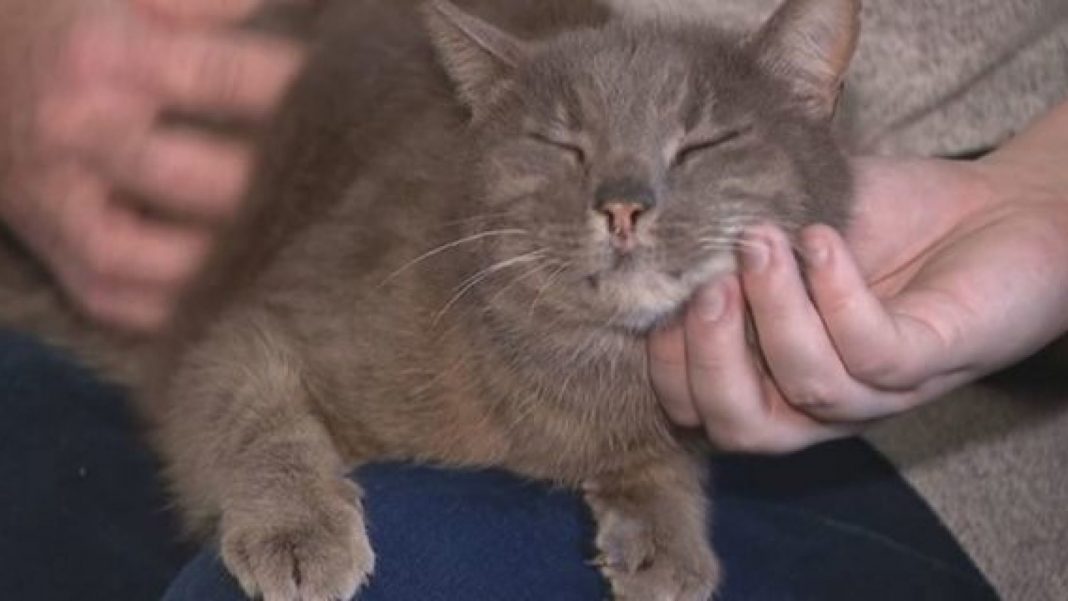 Fergie the cat was reunited with her family more than 10 years after she mysteriously vanished.
(KDFW)

More than 10 years after their cat vanished, a family in Texas is back home with their furry friend.

Fergie was taken in by the Fulton family in 2006, when she was a kitten, owner Elyse Fulton said. The cat, she told Fox affiliate KDFW, “was a great cat, super friendly and just real loving and just a nice cat.”

When the family asked a friend to take care of Fergie and their home, based in Lucas, a city roughly 30 miles northeast of Dallas, the cat vanished.

“We didn’t know what happened to her,” Fulton told the news station. “What we think, what we heard was maybe somebody picked her up to rescue her and that was the last that we heard of her.”

But Fulton said that this week their family received a surprising call — someone found Fergie.

An animal hospital in the area said that someone found Fergie and brought her to the vet. After the hospital scanned her microchip, they contacted the Fultons, asking if they were missing their cat.

“I was like, ‘Sure, like for 10 years now,’” Fulton said she told the vet. “I was just stunned. I was absolutely blown out of the water.”

Microchips, according to the Humane Society, “are tiny transponders, about the size of a grain of rice, that can be implanted in your pet’s skin by many veterinarians and animal shelters.”

Animal rescuers advise that the microchip shouldn’t be a pet owner’s only method of pet identification, as it takes a special scanner, typically owned by animal control or shelters, to read them. The animal organization recommends that pet owners use identification tags, like a collar with a nameplate, with their pets.

Fulton said that Fergie is settling into her new — or rather, old — home just fine.

“She went right back to being the princess cat she was before she left,” the pet owner said. “You know, she’s sleeping on the bed. She knows what a litter box is and all that. Eating good and, again, just seems really happy to be home.”

Mail delays even worse across Pa., with 42% of Philly mail taking longer than 5 days

Mail delays even worse across Pa., with 42% of Philly mail...

CNN’s Lemon Compares Trump Supporters to Drug Addicts — Have to...