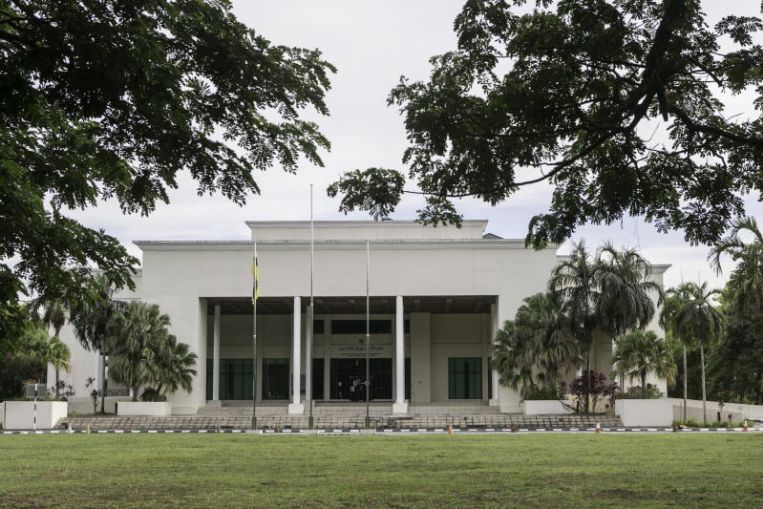 BANDAR SERI BEGAWAN, BRUNEI (AFP) – Transgender woman Zoella Zayce fled her native Brunei last year as the country shifted towards hardline Islam, and thinks more of the LGBT community will follow after the death penalty for gay sex was introduced.

The absolute monarchy on tropical Borneo island, ruled by a sultan who has been on the throne five decades, implemented tough new Islamic laws on Wednesday (April 3), including death by stoning for sex between men, and adultery.

The new syariah penal code has sparked a global outcry, with governments around the world condemning the measures, and celebrities – led by actor George Clooney – calling for Brunei-owned hotels to be boycotted.

The country’s tiny lesbian, gay, bisexual and transgender (LGBT) community, who already had to be discreet about their sexual identities in the highly conservative Muslim country, have been left terrified.

“What Brunei is adopting is a violation of basic human rights,” a 33-year-old gay man in the country, who spoke anonymously, told AFP.

“All the condemnation and boycott calls internationally speak volumes – Brunei should just abandon these laws and continue to stick to moderate Islam.”

Ms Zayce fled Brunei last year due to the increasingly conservative climate and is now seeking asylum in Canada.

Plans to implement syariah law were announced in 2013 and the first phase, with less stringent punishments, came into effect the following year, before the entire penal code was implemented this week.

Ms Zayce said that gay people in Brunei, who were leading “secretive lives” even before death by stoning came into force, were now even more scared.

“Some worry a lot and would like to escape the country before they are found out not to be heterosexual,” the 19-year-old said.

Khairul, a gay man in Brunei who gave only one name, described the laws as “daunting”, adding: “When I’m ready, I’ll be on my way to a safer community.”

Before the syariah punishments came into effect, sex between men was already punishable by up to 10 years in jail.

It is now a capital offence, while lesbian sex is punishable by up to 40 strokes of the cane and a decade in prison.

NO GOVT ENGAGEMENT, NO NGOS

Observers say it is hard to know the size of the LGBT community in the country of about 400,000 people.

That is because there is nowhere members feel safe to gather openly – such as gay clubs or bars – and there is not thought to be any accurate data available on them.

“The LGBT community tends to keep a low profile and LGBT (people) are generally much less open than in some of Brunei’s neighbours, such as Thailand,” Mr Matthew Woolfe, founder of rights group The Brunei Project, told AFP.

“The government does not engage with the LGBT community and no NGOs are working with them.”

Mr Woolfe organised Brunei’s first ever LGBT event – a 2016 gathering at a hotel in the sultanate to mark the International Day Against Homophobia, Transphobia and Biphobia – and was subsequently barred from visiting the country.

However, syariah law appears to enjoy substantial support in Brunei and some are doubtful the harshest penalties – such as death by stoning, and severing of limbs for theft – will be imposed.

Analysts say the new code may be largely symbolic as Sultan Hassanal Bolkiah seeks to burnish his Islamic credentials with conservatives, and note that although Brunei has long had the death penalty, the last known execution was in 1957.

In addition, the burden of proof for stoning to death to be imposed is high. An accused person must either confess, or there must be four witnesses who can testify the offence was committed.

Some members of the LGBT community believe the changes may in reality make little difference in a country where most gay people were already secretive about their sexualities.

A 23-year-old transgender woman in Brunei, who declined to be named, said the new laws had caused concern but added: “I think just as long as we remain discreet, it will be fine.”