Home Conservative Life Swallowing your partner’s semen could help you have a baby, scientists claim 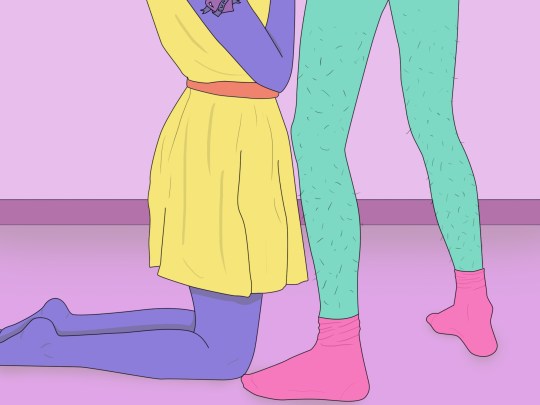 Women who regularly give their boyfriend or husband oral sex and swallow their sperm may be less likely to suffer miscarriages, scientists have claimed.

Semen contains hormones and proteins from a man’s body which some women may need to become accustomed to having inside them.

Unprotected sex is one way to for women to get their bodies used to their partner’s sexual emissions, but it’s believed semen may actually be better absorbed via the digestive system.

Researchers from Leiden University Medical Centre in the Netherlands tested their theory by comparing the pregnancy history and oral sex habits of 234 women.

However, before men get too excited it’s worth noting that the study was small and did not provide 100% concrete evidence that swallowing sperm led to a lower miscarriage rate.

Some 97 of the women had suffered from recurrent miscarriage – the name for a condition in which a woman has three or more miscarriages in a row.

The condition is thought to affect around one in 100 women in the UK and may be triggered by genetic or hormonal problems as well infection.

In their study, the scientists found the women who experienced regular miscarriages were less likely to give their partners oral sex.

They added: ‘Our results suggest an association between less oral sex and the occurrence of recurrent miscarriage.’

Swallowing semen is one way of building up a mother’s tolerance to substances from the man’s body, potentially giving the foetus a better chance of survival

This could make the mother’s immune system less likely to reject the baby, the researchers believe.

The study was published in the Journal of Reproductive Immunology.