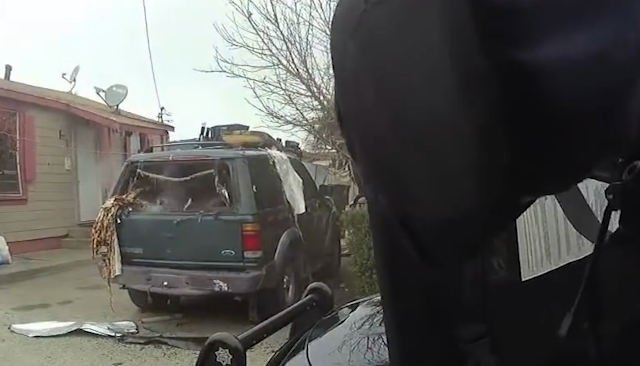 The Monterey County District Attorney has released the body cam video from a fatal officer-involved shooting that happened in March.

According to the Mercury News, Brenda Rodriguez told her mother and others that she wanted to take her life after a fight with her boyfriend.

Rodriguez was living in a broken down SUV parked in front of her boyfriend’s mother’s home.

Police spent almost an hour trying to talk Rodriguez down, but she flashed what police believed was a small pistol.

Rodriguez’s boyfriend told officers it was a non-lethal airsoft gun, but police could not confirm that because the gun did not have an orange tip signifying it was a toy.

She eventually pointed it at officers, who then opened fire.

The SWAT team says due they were unable to use any non-lethal force because gas canisters could have sparked a fire inside the SUV and officers could only see Rodriguez’s head, which meant rubber bullets could have been fatal as well.

Right now the District Attorney is still reviewing the material and could still decide to press charges.