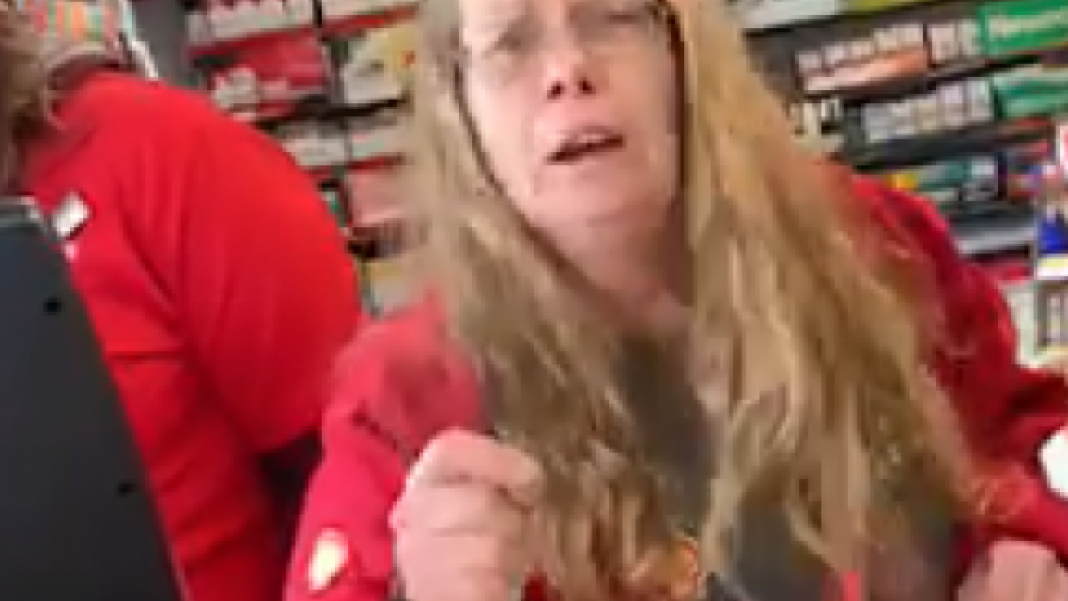 A gas station employee in San Jose was captured on video last week appearing to be upset that a customer had spoken Spanish.
(Facebook/Grecya Moran)

A hostile exchange unfolded inside a gas station’s convenience store in San Jose, Calif. last week between a customer and a store employee who demanded that the woman speak English. The confrontation was caught on video.

The employee apparently became angry when the customer spoke in Spanish with another store employee, the video shows.

The customer, whose name is Grecya Moran, said she apologized to the angry employee and explained that she and the other employee had only exchanged greetings in Spanish.

“I don’t care, you talk in English because this is America,” the angry employee said, according to Moran.

Moran claimed that the employee said “Trump needs to hurry up and build the wall,” and their interaction became more hostile. That’s when Moran, who had been holding her 18-month-old son in her arm, began to record the scene on her cellphone camera.

At one point in the video, the employee is heard asking for proof of Moran’s U.S. citizenship, to which Moran is heard saying off-camera: “I was born here.”

“Prove it to me, motherf—-r!” the employee says.

“You’re an elderly lady, I’m not going to argue with,” Moran responds before the video ends.

Moran later told the Bay Area’s KGO-TV she was surprised by the incident.

“I hear stories, I see videos but I never thought it was going to happen to me,” Moran said, adding that she had contacted San Jose Police afterward.

A manager at the gas station told KGO that the angry employee had been fired.