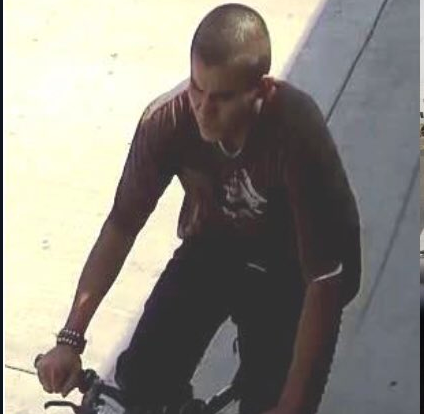 Los Angeles police detained a suspect in the hunt for a man wanted for slashing at least nine people in L.A. as he rode past them on his bicycle.

Authorities said at a news conference Wednesday evening that, after they received hundreds of tips, Lenrey Briones, 19, was detained earlier in the day in Watts, and that they had probable cause to arrest Briones on suspicion of attempted homicide.

The first two attacks were reported March 20 — a man slashed on the face in Lynwood and a woman attacked less than a mile away. Later that day, another woman was slashed on her face about two miles away.

On Monday at 8:40 a.m., a man called police after he was slashed on the left side of his face by a man on a bike while the man was standing on the sidewalk near a bus stop in South L.A.

Fifteen minutes later, about a mile away, a woman reported being slashed on the face by a man on a bike, causing a severe injury to the left side of her face and ear.

One woman needed 20 stitches after she was attacked, authorities said.

Stefany Coboz of Wilmington told KNBC-TV that after the man slashed her neck, he rode away laughing.

City News Service and the Associated Press contributed to this report.