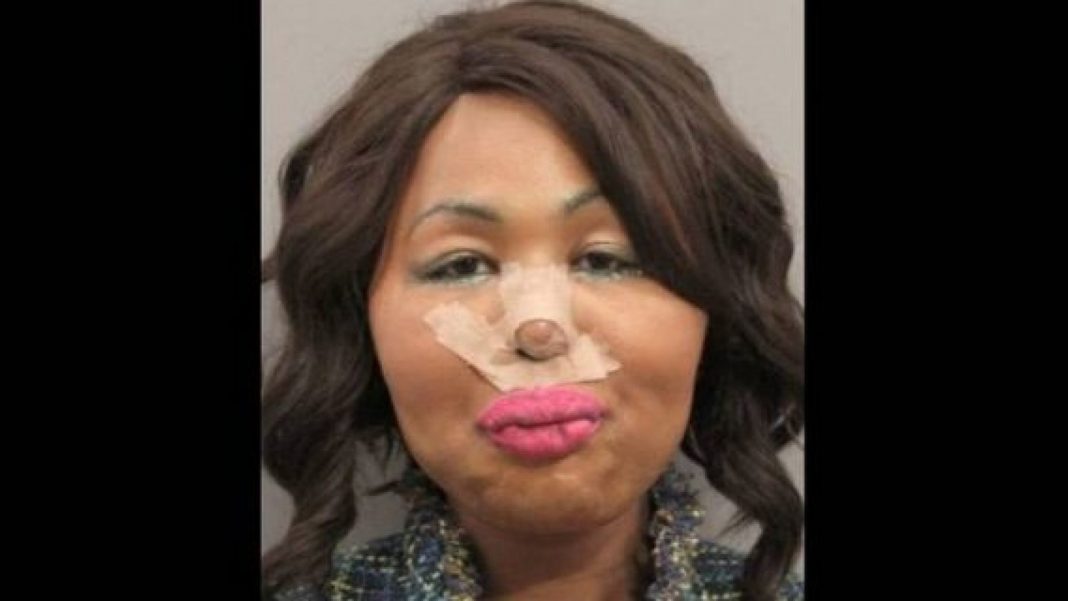 An alleged serial bank robber known as “Iconic Facce” was arrested in Texas on Friday, accused of stealing to pay for plastic surgery, police say.

Facce, a transgender woman who was born Jimmy Maurice Lewis II, was stopped by police at George Bush International Airport in Houston on her way back from Mexico after a fresh round of surgery, according to The Telegraph.

The newspaper said Facce, 37, is being charged with robbing a Mississippi bank last month. Witnesses described the suspect as someone who just had plastic surgery, because her lips were swollen.

WISCONSIN MAN CHARGED IN ROBBERY WANTED TO “TRY SOMETHING NEW”

Facce has also been charged with bank robberies in Alabama, Texas, Georgia and Tennessee, and has allegedly demanded up to $20,000 in cash, the paper said.

She is awaiting extradition back to Mississippi.