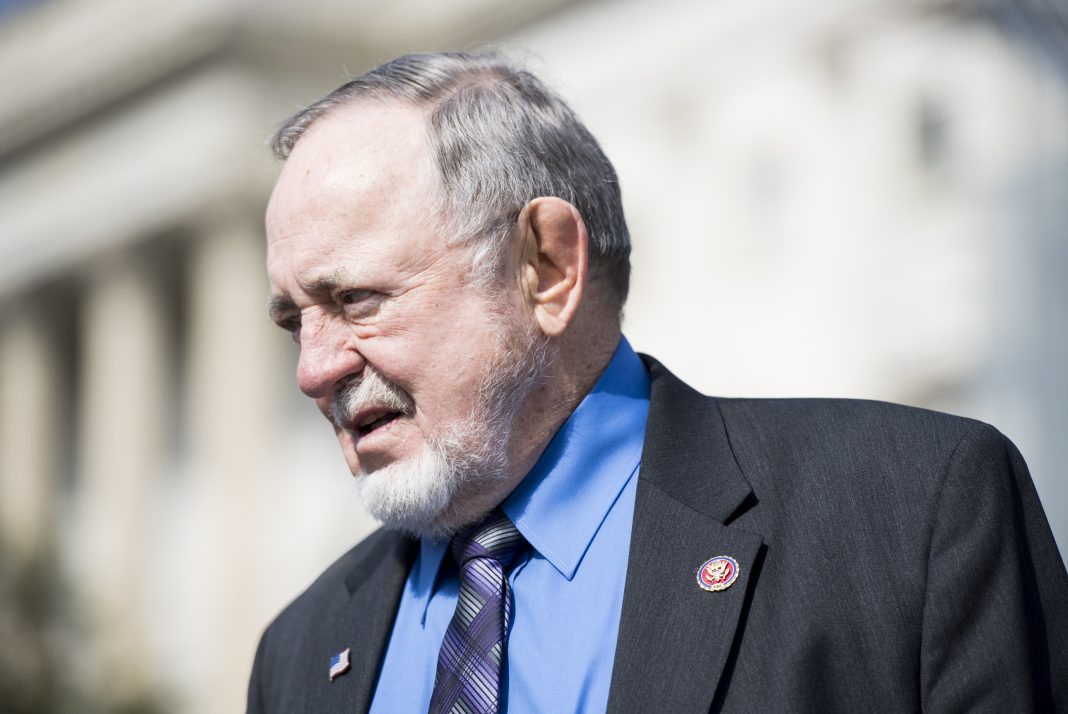 Rep. Don Young (R-AK) on Thursday called reporter Melanie Zanona of Politico to apologize for shoving her earlier in the day, Zanona said on Twitter.

Don Young has called me to personally apologize, which I accepted and very much appreciate. Told him we were just trying to do our jobs (which he said he understood)! https://t.co/4LHu1xOVGZ

Zanona’s update came about two hours after she tweeted that Young “just physically shoved me and told me to get out of his way ‘damnit’ as I was trying to interview another lawmaker outside the door of the House chamber.”

The reporter did not respond to TPM’s interview request, but a spokesperson for Young, Zack Brown, said in an email to TPM that “Congressman Young spoke personally to Ms. Zanona today, and they had a productive conversation.”

It’s not the first time Young has gotten physical in the halls of Congress. In 2014, he apologized to a congressional staffer after a television producer caught him on tape twisting the staffer’s arm. Prior to that, he barged through a police line to get into the House side of the Capitol building, which had been off-limits due to an asbestos scare. He also once held a closed knife to the throat of former House Speaker John Boehner (R-OH). (Young told that story on Rep. Sean Duffy’s (R-WI) podcast, “Plaidcast.” Listen here at 10:18.)