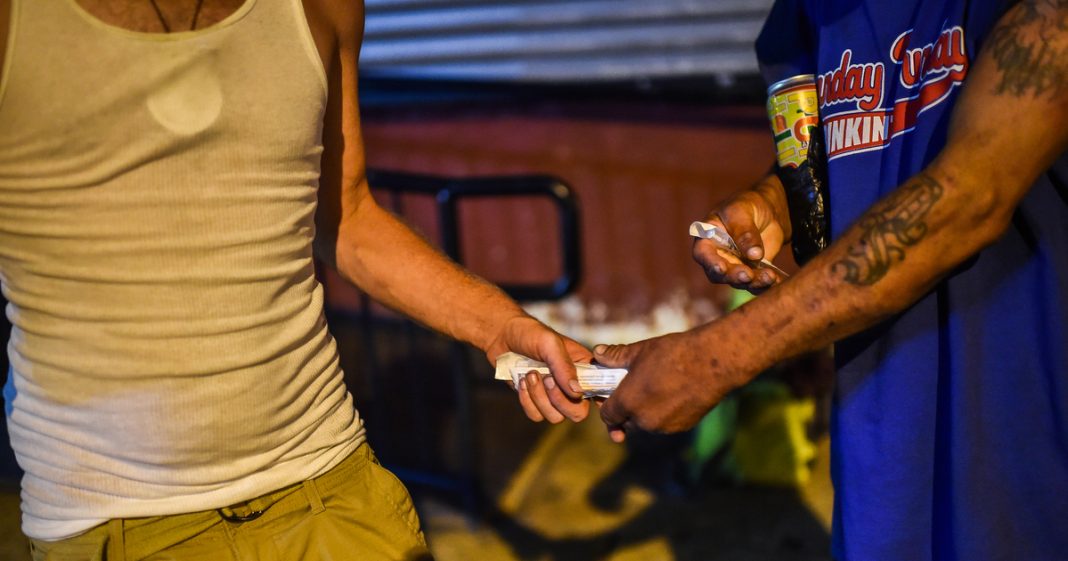 The opioid epidemic has ravaged Philadelphia, and many in the city feel that drastic measures are necessary to stem a scourge of overdoses, including a radical plan to provide a safe space where people can use illegal drugs while under supervision.

Though the plan for what is known as a safe injection site has garnered local support, the city now finds itself in the middle of a major legal fight with the federal government.

The Justice Department sued the nonprofit Safehouse in February, arguing that opening the facility in Philadelphia — the first supervised consumption facility in the United States — would violate federal law. Likening the idea to a crack house, federal officials say allowing the use of illicit drugs with impunity enables and exacerbates the intractable opioid problem; the United States attorney for the Eastern District of Pennsylvania argued that opening Safehouse would violate the Controlled Substances Act, which makes it illegal to open or run a place where illegal drugs are knowingly used.

Safehouse and its backers are now arguing in a court filing and in interviews that innovative local action is the only thing that will help solve Philadelphia’s opioid crisis, one of the worst in the country, and that ensuring users don’t fatally overdose is an immediate public need.

Philadelphia is home to one of the nation’s largest open-air drug markets, and much of the heroin sold there is now laced with fentanyl, a powerful synthetic opioid that has killed tens of thousands of users in recent years. The death toll from opioids in Philadelphia has been staggering: Safehouse said in court papers that more than 2,300 Philadelphians have died of opioid overdoses in the past two years.

The overdose rate in Philadelphia is four times the homicide rate; were the statistics reversed, “there’d be absolute citizen outcry, they’d have National Guard in the streets,” said former Pennsylvania Gov. Ed Rendell, who is on the Safehouse board and said the organization plans to move forward, even with federal opposition.

“There’s no harm that comes from a facility like this, and if we save, even on the low side, 25 lives … isn’t that worth it?” Rendell said. “The federal and state and city governments aren’t giving us any money. Where’s the harm?”

In court papers filed Wednesday, Safehouse argues that its model, which would provide sterile equipment, counseling, access to medical care and access to an FDA-approved drug to reverse opioid overdoses, is necessary to save lives in the city. Safehouse made clear that it will not provide illicit drugs to its clients.

The organization has asked for an injunction to prevent the government from shutting the facility down and a declaration that such a site would not be violating the law.

“Under this model, Safehouse can offer assurance, to a medical certainty, that people within its care will not die of a drug overdose,” the organization wrote. “Safehouse will save lives by preventing and averting overdose deaths. It will also save lives by preventing death and serious health complications caused by infections and disease transmitted by intravenous drug use.”

The lawsuit could serve as a test case: Cities nationwide are looking to open supervised injection facilities. City officials in Ithaca, New York, San Francisco, Seattle and New York have expressed interest in opening the facilities, as has a legislative committee in Massachusetts. The federal government has vehemently opposed the facilities, which operate in Australia, Canada and Europe. Safehouse is the first organization to be sued over its plans to open a facility.

The group also says preventing the facility from opening would violate the Religious Freedom and Restoration Act, stopping U.S. citizens from exercising their religious tenet of treating members of a vulnerable population.

Safehouse argues that the facility would be consistent with existing law, which it says encourages facilities to provide users with sterile equipment and immediate access to medical treatment. The law, the filing argues, does not prohibit overdose prevention services, “including the medical supervision of drug consumption designed to provide immediate access to lifesaving care and to encourage entry into long-term drug treatment.”

The federal law, Safehouse lawyers wrote, was intended to stifle party promoters and drug dealers looking to make money, not a medically driven enterprise hoping to save lives. The Safehouse mission is in line with state and federal efforts to expand access to medication-assisted treatment and Naloxone, a drug that can reverse opioid overdoses, the organization argues. The facility would not operate “for the purpose of” illegal drug use, but rather to provide lifesaving medical treatment, according to court papers.

“The moral and religious imperative to save lives, medical ethics and practice, the public health data, and federal law all point to the same conclusion: Safehouse offers a lifesaving service that is not prohibited by” the crack house law, the documents state.

The U.S. Attorney’s Office did not respond to a request for comment.

Ronda Goldfein, vice president of Safehouse’s board and executive director of the AIDS Law Project of Pennsylvania, said the organization does not wish to flout federal law.

“What’s clear is that we have a respect for the rule of law,” she said. “We are committed to having a court look at this very important issue and hopefully recognize that the laws that were intended to stop drug use are not intended to stop us from saving lives.”

Some city officials, including Mayor Jim Kenney and District Attorney Larry Krasner, have said they would support a private group opening a supervised injection facility.

The organization is in prenegotiations for a building that a developer has offered to lease to Safehouse for $1 in the city’s Kensington neighborhood, the center of the city’s opioid crisis. There has been community opposition to the site, including from some members of the City Council. A neighborhood civic association is scheduled to discuss the site at a meeting Thursday night.

Many in Philadelphia liken the fight over Safehouse to the battle over giving out clean needles to help fight HIV and AIDS more than two decades ago. Krasner was the attorney for Prevention Point, a city nonprofit organization that was once under the threat of prosecution for distributing syringes.

“We can’t pretend this isn’t happening and that our moral sensitivities are offended by it, so we can’t allow it to be,” Goldfein said. “We have to recognize this is happening, so let’s give people a safer way to do it. And in doing so, let’s build that crucial trust relationship which makes people more likely to get into treatment.”

This story was originally published at washingtonpost.com. Read it here.