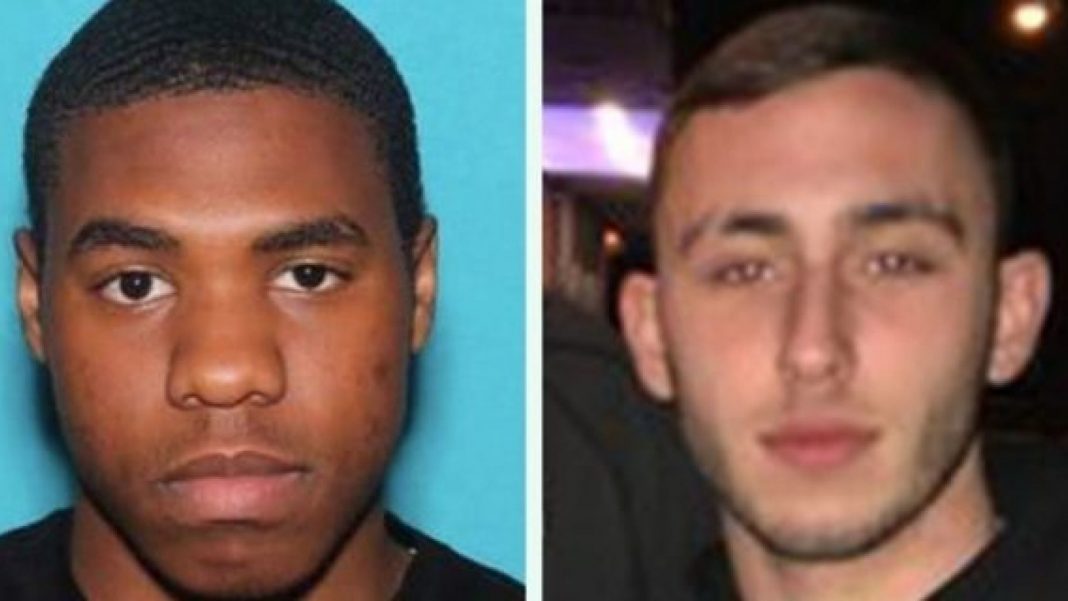 Tyquan “Fats” Atkinson, 19, (left) was arrested in Chester, Penn., after Philadelphia Police said he had been on the run for several days for the murder of 20-year-old Nicholas Flacco (right) on Saturday.
(Philadelphia Police Department/ Twitter)

The Pennsylvania man accused of fatally shooting the son of a prominent Philadelphia Police official at a baseball game tailgate over the weekend was arrested Wednesday, police said.

Tyquan “Fats” Atkinson, 19, was arrested in Chester, Penn., after Philadelphia Police said he had been on the run for several days for the murder of 20-year-old Nicholas Flacco on Saturday.

Flacco was reportedly tailgating with friends in Franklin Delano Roosevelt Park after a Phillies game when he tried to break up a fight between two women, FOX 29 reported. An unidentified woman was overheard threatening that she was going to “call her man” and that Flacco should be afraid.

Police said a man, later identified as Atkinson, arrived with a revolver and fired two shots – one into the air and the other off to the side, WPVI reported.

An armed Atkinson returned 15 minutes later and allegedly shot Flacco in his chest after police said he was “dared” to fire his gun after the group surrounding the victim did not believe it was a real firearm.

Flacco, the son of Chris Flacco, the head of the Philadelphia Police Department’s Internal Affairs Unit, was rushed to Penn Presbyterian Medical Center, where he was pronounced dead a short time later.

Atkinson was charged with murder and criminal conspiracy in addition to several other charges.

Flacco, a student at Penn State who was home to celebrate his birthday, was laid to rest Thursday morning.