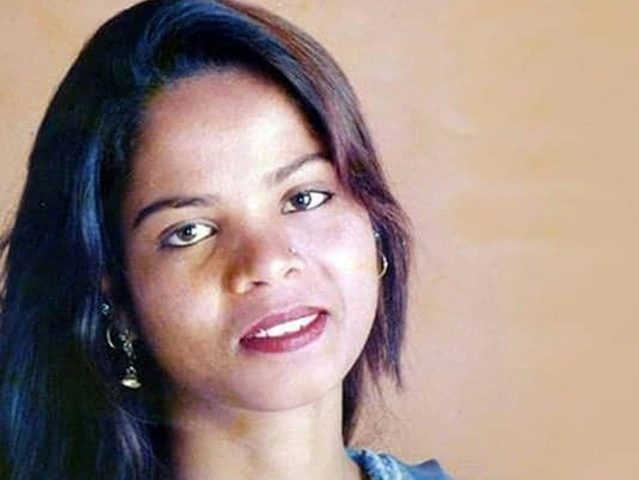 Persecuted Christian woman Asia Bibi remains trapped in Pakistan as the British government continues talks with the country’s government in an attempt to secure her release.

Bibi, a 55-year-old Christian woman who spent nearly a decade on death row in Pakistan on blasphemy charges before her acquittal last year, remains in hiding over fears that she will be murdered by the country’s hardline Islamic population. She is residing in a safe house in the port city of Karachi.

Addressing the House of Commons on Wednesday, British Foreign Secretary said that “making sure that she is safe and has somewhere safe to go is a top priority for this government.”

“We have had numerous discussions in private with a Pakistani government about how to progress this,” he said. “We are making progress and I’m very hopeful that this will have a positive outcome.”

Labour politician Helen Jones criticized the government’s handling of the case, telling the Warrington Guardian that Hunt should offer her immediate asylum, an act she says would “go one step further in contesting the persecution of Christians around the world.”

According to the Daily Mail, Bibi’s fate currently remains in the hands of Pakistani military, who have demanded that she do not speak ill of the country once departed. She is also reported to be suffering from health problems, including low blood pressure, and has not been able to necessary access medical care.

Following concerns about her safety in Pakistan, the British government last year refused to offer Bibi asylum over fears that she would upset Britain’s Islamic community, a move that was criticized as cowardice.

“Britain was concerned about potential unrest in the country, attacks on embassies and civilians,” Wilson Chowdhry, the head of the British Pakistani Christian Association, told the Telegraph at the time.

“It does seem to me that Britain is now a country that is unsafe for those who may be tarred with an allegation of blasphemy. We are very aware that there are extremist elements in this country,” Chowdhry said.

Approximately 100 Christians are also detained every year in Pakistani on charges of violating the country’s strict blasphemy laws. In March, between 3,000 and 4,000 people marched on the streets calling to extend the country’s blasphemy law to include the death penalty.

Iowa police dog locates boy, 2, who wandered from home with...