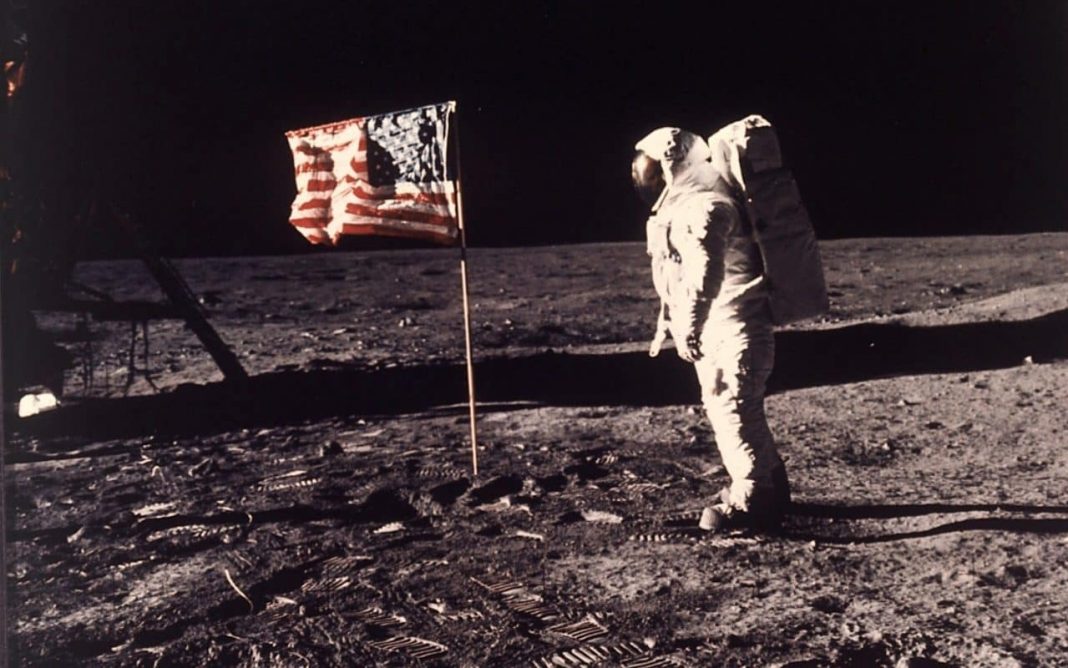 A British engineer has claimed that a Union Flag was planted on the moon by an unwitting Neil Armstrong and Buzz Aldrin.

Keith Wright was an engineer at the Kennedy Space Centre, working on experiments for the 1969 Apollo mission.

Fifty years on, he has disclosed that he secretly ensured a little piece of Britishness made it to the moon, because he “wanted to give Brits a bit of credit”.

Speaking to The One Show on BBC One, Mr Wright said: “We were working on the experiments that the astronauts were going to put on the lunar surface. We had Neil Armstrong and Buzz Aldrin come to our facility for a run-through.

“There were two brackets on the experiment which held the solar panels folded while travelling to the moon. We got a ball pen and signed our names.. I signed my name and I thought, well, I’ll put ‘UK’. Then I thought, I’ll draw a little Union Flag.