Home Conservative Life Man shot in face in Detroit after argument on bus over gym... 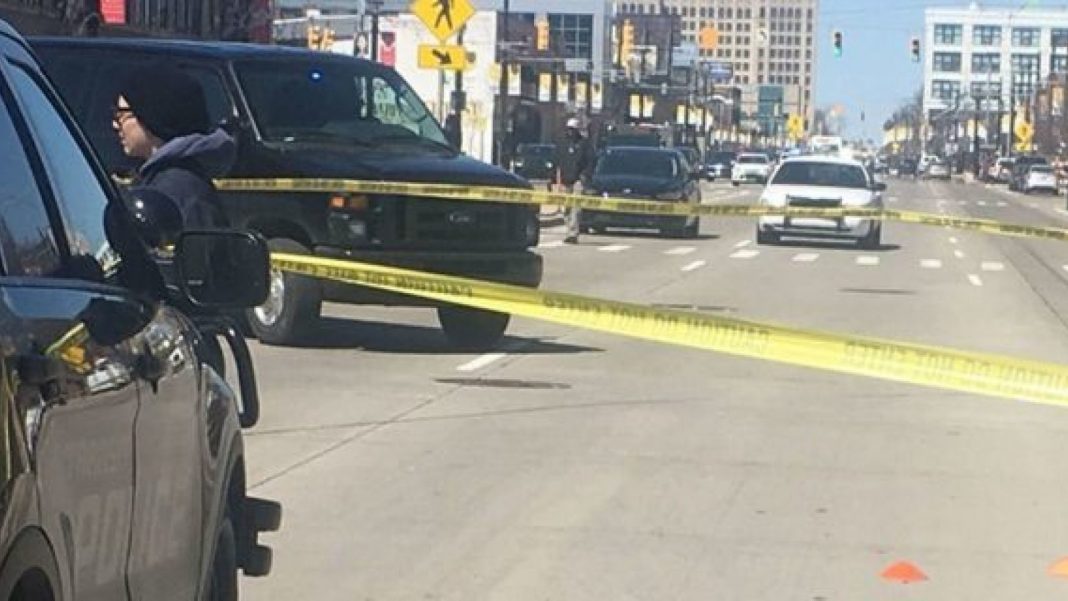 A man was shot in the face and shoulder after a argument on a bus in Detroit over some gym shoes, according to police.
(FOX2)

A man was critically injured after he was shot in the face and shoulder in Detroit on Wednesday after an apparent argument about shoes, police said.

Detroit police told FOX2 the shooting happened around 12:30 p.m. on Woodward Avenue in the city’s Midtown neighborhood after the victim started arguing with another man over his athletic shoes.

“It’s a senseless act of violence that didn’t have to happen. It shouldn’t have taken place,” Detroit Police Captain Rodney Cox told FOX2. “My understanding is this took place over a pair of gym shoes.”

When the bus stopped, the two reportedly took their argument outside, before a 30-year-old man pulled out a gun and shot the victim twice: once in the face and once in the shoulder.

Cops say the suspect walked about a block before being found near a McDonald’s — still holding the gun he used in the shooting.

The shooting happened around 12:30 p.m. after an argument on a bus on Woodward Avenue in Detroit.
(FOX2)

“When something like this happens, there’s other ways to settle that besides resorting to violence,” Cox told FOX2. “But if you’re someone that feels like this is something you have to do and this is how you settle your disputes, we will find you, we will take you into custody and we will hold you accountable.”

Officials said they were able to apprehend the 30-year-old, who has yet to be identified, thanks to many witnesses who gave a good description of the suspect.

“It’s not just the police who won’t tolerate this type of behavior but it’s the witnesses and the businesses here in Midtown,” Cox said. “They’ll see to it that they’ll give us enough information to take appropriate action.”

The 25-year-old victim is still listed in critical condition at an area hospital.

Officials said the two men did not know each other, and police expect to file charges soon.

Kanye West Says ‘Abortion Culture’ Is How 1,000 Black Children Are Aborted a Day: ‘We Are in Genocide’