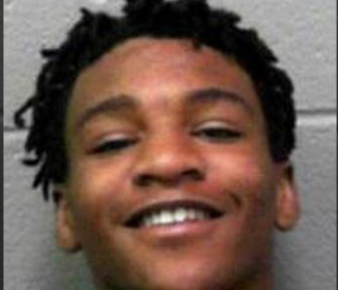 A Fairmont man is charged with first-degree murder, kidnapping and two counts of malicious assault after he held a woman hostage for over a year, beat her daily and caused her to have a miscarriage, police say.

Brian Merchant-Jones, 20, is charged with the crimes.

A juvenile runway since March 4, 2018, the victim told police on March 27 she was with Merchant-Jones the entire time. She said he physically assaulted her almost every day and limited her ability to contact the outside world – forcing her to have phone conversations on speaker phone, according to a criminal complaint.

While Merchant-Jones was in jail, associates would check on the victim to make sure she didn’t leave and she felt “severe physical harm” would befall her if she attempted to leave.

Merchant-Jones also impregnated the girl around the end of October or beginning of November, a complaint said. The victim miscarried after he kicked her in the stomach and she buried the stillborn fetus in Rivesville. The remains were found by police.

Just 11 hours before interviewing with police at the Child Advocacy Center, Merchant-Jones beat the victim at a home in Mannington, a criminal complaint said. He allegedly took her into a bathroom, choked her, dragged her around the house by her hair and punched her in the stomach. She said he “beat the s*** out of [her],” according to the complaint. Past injuries, including trauma to the head, were in her medical records.

The victim also cited her birthday on Feb. 9 where Merchant-Jones beat her until she urinated on herself, choked her until she lost consciousness and hit her on the head with a 40oz beer bottle In Barrackville.