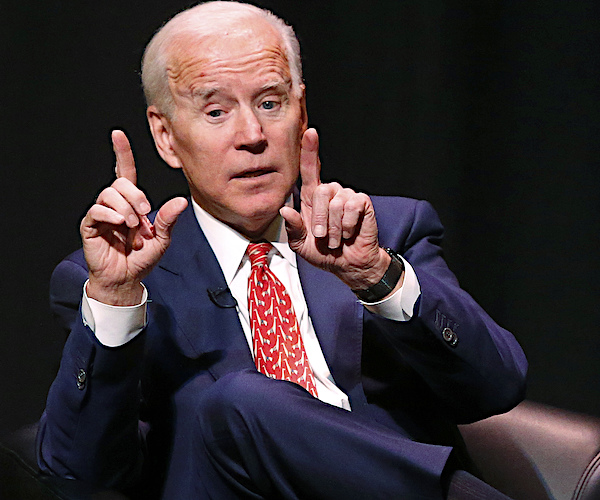 Rove made his comments in a Thursday column in The Wall Street Journal.

“The former vice president was attacked Friday by a Bernie Sanders supporter for encroaching on her personal space at her 2014 campaign rally, smelling her hair and kissing the back of her head, leaving her uncomfortable,” he said. “Conservative Internet wizards then made the touchy-feely Mr. Biden into a meme as ‘Creepy Uncle Joe.’

“Mr. Biden’s subsequent apologies and his promise Wednesday to be ‘more mindful’ because ‘social norms are changing’ are acknowledgments that he is struggling in today’s #MeToo culture.”

But Rove said Biden, who has still not announced his decision to run for president in 2020, has plenty of ammunition to fight back if other candidates try to bring up the woman’s claim and similar ones by others.

“When other candidates bring it up, what if he says they all have something they must defend, like being a National Rifle Association fellow traveler (Mr. Sanders) or a nightmare boss (Amy Klobuchar) or falsely claiming to be a Native American (Elizabeth Warren),” he said.

And Rove maintained Biden could do well in the early primaries.

“He doesn’t need to win every contest, but could end the first four as the most consistent candidate with the most delegates,” Rove said. “So don’t count Uncle Joe out. Let’s see if he has what it takes, starting with his formal announcement and the June debates.”

‘Role Model for the Woman I Want to Be’