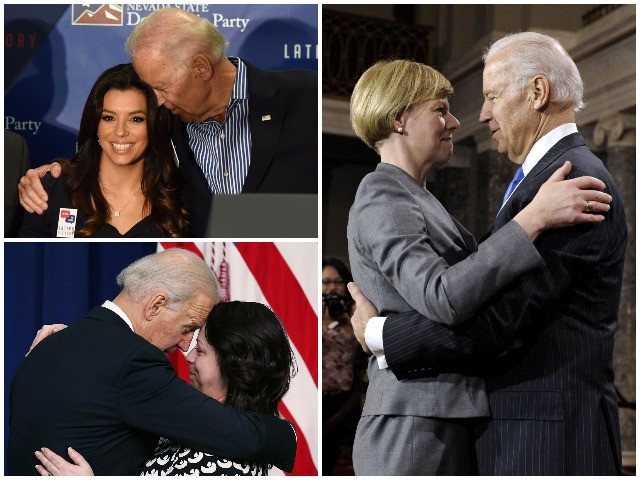 Former Vice President Joe Biden released a video Wednesday in the hope it will end the scandal around countless photos and film clips that show him acting inappropriately with women and children.

Biden’s video is, at least from my point of view, and for reasons big and small, a bit of a disaster. Let’s start with the small…

The video looks terrible. Why do we have to stare at almost all of Joe’s body?  The tension is unbearable as we wait for him to uncross and recross his legs like Sharon Stone in Basic Instinct.

Grandpa Joe also sounds old, and by old I mean frail, a lot of mumbling…

Is that oatmeal on his lapel?

Those complaints, though, are petty compared to the fact that Biden doesn’t apologize.

There are now four women who have come forward to complain about his behavior and from the videos we have seen of him with other women, those complaints sound perfectly valid. So where’s his apology? Why won’t he publicly apologize to them and to the countless other women (and children) he’s made uncomfortable?

We have all had those terrible moments when someone tells us something we did made them uncomfortable or was inappropriate. I’m not talking about unwanted touching, but maybe a joke or a comment — some faux pas… And what’s our first reaction, or at least the first reaction of normal people? We’re horrified, we profusely apologize.

All I see in Biden’s video is arrogance; full-bodied (literally) arrogance and denial.

Listen, I’m not equating Biden to some kind of sexual predator, but his behavior does run the range from awkward to outright creepy, which brings me to my overall point…

“Social norms have begun to change. They’ve shifted,” Biden said in the video. “And the boundaries of protecting personal space have been reset. And I get it. I get it. I hear what they’re saying. I understand it. And I’ll be much more mindful. That’s my responsibility.”

Do not let Grandpa Joe gaslight you.

I promise you his behavior has never been okay, it has never been a social norm to sneak up behind some unsuspecting woman, slide your hands over her shoulders, pull her close, take a whiff of hair, and smooch the back of her head.

Granted, Joe has a few years on me, but come on… I lived through the Swarthy Seventies, the Go-Go Eighties… This was never okay, and if you don’t believe me ask your parents or grandparents.

And it has certainly never been okay to act this way with a child.

Who nuzzles children who are not their own?

Who forces a kiss on a child who is not their own?

Who forces affection on a child who *is* their own?

To excuse his behavior, Biden is hoping to gaslight us into believing that his behavior was once considered normal, that he is the victim of changing norms and that if we could just jump into a time machine and take a journey to His Day, we would see a whole country filled with men forcing kisses on and sniffing the hair of women who love it.

Ask yourself what would have happened to Clarence Thomas, Brett Kavanaugh, or Donald Trump if they were the culprits in even one video like this:

Oh, I’m sure that over the years men have behaved in the way Biden has with women, but it was always a power play, an abuse of that power, a suit with a sense of entitlement.

To this day, it still surprises me the Joe Bidens and Al Frankens of the world don’t do what Arnold Schwarzenegger did in 2003 during his successful run to be California’s governor.

Just a few days before voters went to the polls, he was hit with a groping scandal, and he saved his candidacy with these words:

It is true that I was on rowdy movie sets and I have done things that were not right which I thought then was playful. But now I recognize that I offended people. Those people that I have offended, I want to say to them I am deeply sorry about that and I apologize because that’s not what I’m trying to do … There’s  lot of the stuff in the story is not true … but I have to say that where there’s smoke there’s fire.

Brilliant and brilliantly effective. He accepted responsibility, acknowledged more stories could come out, apologized, and became the Governator.

But there’s Slow Joe dissembling, mumbling, treating us like we’re stupid, refusing to apologize, and what about the children, Joe?

What about the children?

What about the female Secret Service agents you exposed yourself to?

CNN’s Lemon Compares Trump Supporters to Drug Addicts — Have to...