Home Conservative Life ISIS has NOT been defeated as terrorists are ‘re-grouping in Syria’ and... 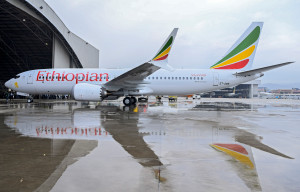 AS the world has been celebrating the fall of ISIS, the terror group has been re-grouping in Syria, according to reports.

And the terror group has released a number of vile propaganda videos since the fall of the last stronghold in Baghouz calling for jihadis across the world to carry out attacks.

Tens of thousands of ISIS militants and their families are now locked up in sprawling camps and prisons across northern Syria.

Horrific pictures have revealed the injuries suffered by the children of the ISIS militants after violence erupted during the terror’s group’s last major stand.

The SDF declared military victory over ISIS on March 23 after liberating what it said was the last pocket of territory held by the militants.

Donald Trump announced that the US and Coalition allies have liberated all the areas that had been under ISIS’s control in Syria and Iraq – “100 per cent of the caliphate”.

The victory marked the end of the brutal self-styled caliphate the group carved out in large parts of Iraq and Syria in 2014.

But Mustafa Bali, a spokesman for the Syrian Democratic Forces, said they are still rooting out groups of militants who were hiding in caves in and near the village of Baghouz.

He added that SDF experts are still removing mines and booby-traps in areas liberated in recent weeks.

“Contrary to Trump’s declaration, the terrorist group has not been vanquished,” she wrote.

“It is currently regrouping near my hometown, Suwayda, in southern Syria—an area it has long terrorised while the government of Bashar al-Assad stood by in silent complicity.”

The Britain-based Syrian Observatory for Human Rights said senior ISIS commanders and prisoners held by the extremists are believed to be in the caves on the east bank of the Euphrates River.

The Observatory, which closely monitors the Syrian war through contacts on the ground, says scores of ISIS fighters and commanders who refused to surrender are still in the area.

On the eve of the last stand in Baghouz, ISIS released a sick video saying the terror group will not disappear – it will “expand and grow”.

An operative codenamed Abu al-Harith al-Ansari said the US will not succeed in destroying the path of jihad and if jihad ends in one place, it will reappear in another.

The propaganda video also called on jihadists around the world to carry out terrorist attacks against the ‘crusaders’ – the US and the West – and against those who abandoned Islam.

The video urged fighters to be patient, continue with jihad, and “soon, Allah willing, you will see that their path will succeed.”

During the last weeks of fighting in Baghouz, thousands of civilians, ISIS fighters and their families were evacuated.

MPs delay Brexit again & take control from May by ONE vote

Many were moved to al-Hol, a camp for the displaced in northeastern Syria, which now holds 70,000 people.

Dozens of patients arrive at the small hospitals every day including young children who are burned, malnourished and terribly disfigured.