Home Conservative Life How Neil Armstrong and Buzz Aldrin were tricked into planting a British... 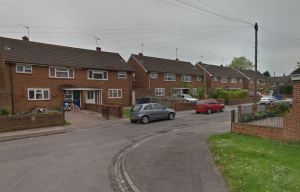 A BRITISH engineer has finally revealed how he tricked astronauts Neil Armstrong and Buzz Aldrin into planting a Union Flag on the moon.

Keith Wright, from Nottingham, was based at the Kennedy Space Centre in Florida and was working on the famous 1969 Apollo 11 mission.

And now he has finally revealed his 50-year-old secret of how he managed to make sure “Brits got a bit of credit” for the expedition.

Keith said both Armstrong and Aldrin came into the facility for a rehearsal and to prepare for the mission.

He said the pair were shown a number of solar panels they would be planting on the moon so the team all decided to sign their names on the brackets.

But Keith decided to pay homage to the UK and drew a “little Union Flag” to ensure Britain wasn’t left out.

Speaking on The One Show last night, Keith said: “We got a pen and signed our names and when I signed my name I thought “I’d better put ‘UK’”.

“We wanted to give Brits a bit of a credit, so I thought I’d also draw a little Union Flag.

“So I’ve a little Union Flag sketched onto there…installed it on the experiment package and it went to the moon.”

He said the astronauts planted the US flag first – moments before laying down the solar panels.

We wanted to give Brits a bit of a credit, so I thought I’d also draw a little Union Flag

Armstrong and Aldrin both stunned the world when they appeared on TV screens on July 21, 1969, bouncing around in zero gravity.

More than 500million people from around the world watched the pair touch down on the moon for the first time.

The night before the mission, Keith said Armstrong seemed very calm and was making jokes.

He told presenter Carol Vorderman: “Neil was very relaxed and quite jokey.

“We were concentrating so hard on doing our job, and seeing that they could do the job properly, it almost seemed normal.

“But, thinking about it afterwards, I did get their signatures.”

In the 50 years since the historic event, there has been huge controversy surrounding the moon landing with its authenticity being questioned.

The conspiracy theory that the landings were faked has grown in popularity, with over 20 per cent of Americans now believing that the US has never landed on the moon.

Woman tries to grab girl, 8, off street and force two other kids into car

The Cold War was raging, and the two world superpowers, the United States and Soviet Union, were competing for technological superiority.

America was desperate to win the space race, to prove to the Russians that they were the world leaders, and they were willing to go to extreme lengths to be first past the post in the race to the moon.

The theory is that it was just too expensive and too dangerous to land on the moon and that Nasa filmed a series of fake moon landings in a studio.