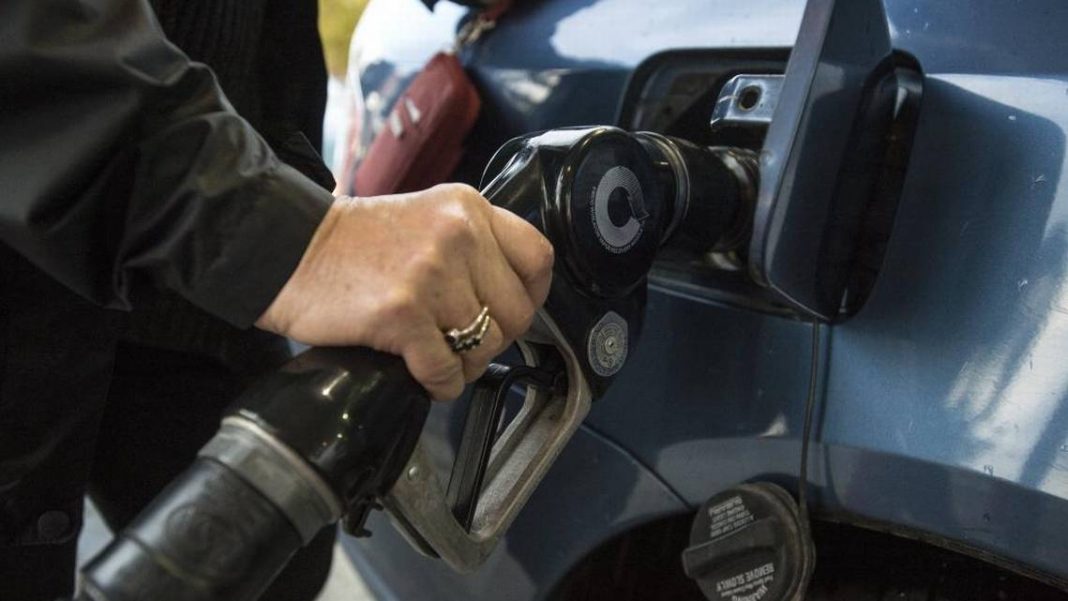 
The average price for a gallon of gas in the Bellingham metro area was $3.08 on Tuesday, which is 10 cents higher than a week ago.

The Trump administration and congressional Democrats have found something they agree on — and it could mean higher taxes on gasoline and diesel fuel.

Last week, President Donald Trump’s energy secretary, Elaine Chao, told senators that a gas tax hike was on the table when asked whether the White House would support such a move.

And this week, Democrats are indicating that they too are ready to consider a tax increase — an effort that would fund publicly popular infrastructure improvements but has hit a hard wall of opposition for years from fiscal conservatives and advocates for low-income people alike.

“I don’t think it should be off the table,” Rep. Pramila Jayapal, a Washington Democrat and co-chair of the Congressional Progressive Caucus, told McClatchy when asked about the prospect of the increase. The caucus has taken no formal position.

Several important, difficult steps remain before the current tax, 18.4 cents a gallon for gasoline and 24.4 cents a gallon for diesel fuel, would increase. But some sort of infrastructure package is under serious discussion in both the House and Senate by members of both parties, and Trump has said he’s open to ideas.

Freshmen House Democrats met privately Wednesday with House Speaker Nancy Pelosi of California to discuss plans. Rep. Earl Blumenauer, an Oregon Democrat who has been pushing for new infrastructure revenue sources for years, urged colleagues to spend the next few months building support back home for ways to fund spending.

“People ought to have their own community forums,” Blumenauer said.

Republicans and Democrats are motivated by the same forces: Constituent demands that infrastructure, notably roads and bridges, be improved now.

Some 47,052 of America’s 616,087 bridges were “structurally deficient” and in poor condition, according to a report this week from the American Road & Transportation Builders Association. It said the pace of repair slowed to its lowest point in five years.

Parts of Route 101, Interstate 405 and Interstate 5 in California had the most traveled structurally deficient bridges.

There’s also political motivation to hike motor fuel taxes: It’s easier to increase a tax this year rather than in an election year.

Federal fuel taxes were last raised since 1993, and every time members of Congress try for an increase, they’re up against conservative refusals and liberal reluctance.

Those voices remain influential. “It is political stupidity at the highest and most suicidal level,” Grover Norquist, president of Americans for Tax Reform, said of a higher gas tax on Fox Business Network’s “Bulls & Bears” program recently. His group has been a leading opponent of any higher taxes.

He told McClatchy that the everything-is-on-the-table talk means, “You’ve told people absolutely nothing and giving them no reason to be mad at you.”

In the Republican-controlled Senate, GOP lawmakers are warming to the idea, but Senate Majority Leader Mitch McConnell of Kentucky has long been opposed to higher gasoline taxes and has not budged.

“We could consider it in the committee,” said Senate Finance Committee Chairman Chuck Grassley, an Iowa Republican, but he cited McConnell’s stance as a big roadblock.

Trump is the key to getting Republicans to go along. Asked if she supported a higher gas tax, Sen. Susan Collins, a Maine Republican, said, “I think we need to see an infrastructure package from this administration.”

Collins chairs the Senate appropriations subcommittee on transportation, where Chao made her comments about the tax.

Chao would give no timetable for adjusting taxes, but said “I think it’s an issue we all need to discuss.” She said those discussions would involve members of both parties.

“We have certainly learned from the past that such a project should not be done in isolation,” Chao said.

Blumenauer, a member of the tax-writing House Ways and Means Committee, argued that lower-income people benefit from higher gasoline taxes, since they’re harder hit by the damage to their cars from poor roads and are more affected by traffic congestion since they often are paid by the hour.

Discussions about how to proceed will be complicated. The U.S. Chamber of Commerce has urged increasing the tax by a nickel over each of the next five years.

Rep. Peter DeFazio, chairman of the House Transportation and Infrastructure Committee, has talked about tying increases in the gas tax to inflation. Under his plan the tax could go up no more than 1.5 cents per gallon per year.

The smaller increase, DeFazio said, “is not going to be particularly disruptive of people’s personal budgets.”

A plan pushed by Rep. Sam Graves, a Missouri Republican and top GOP member of the transportation committee, offered another idea: Paying a tax based on how many miles one’s vehicle traveled. Last year, he described any effort to raise the gas tax to “beating our heads against the wall.” Wednesday, he said, “Everything’s on the table.”

Most federal government spending on roads and mass transit comes from the federal highway trust fund. Until 2008, the gas tax and other highway revenue sources funded the projects. But since then, the tax has been insufficient to cover costs so lawmakers have transferred money from the general budget to keep it afloat.

Shortfalls are expected to accelerate after 2021. A higher gasoline tax would bring in an estimated $1.8 billion per penny of increase per gallon, but such estimates are an inexact science. According to the Congressional Budget Office and Eno Center for Transportation, nonpartisan research groups, people would probably drive less – but that in turn would lessen the need for more highway repair.

David Lightman is McClatchy’s chief congressional correspondent. He’s been writing, editing and teaching for 47 years, with stops in Hagerstown, Riverside, Calif., Annapolis, Baltimore and since 1981, Washington.