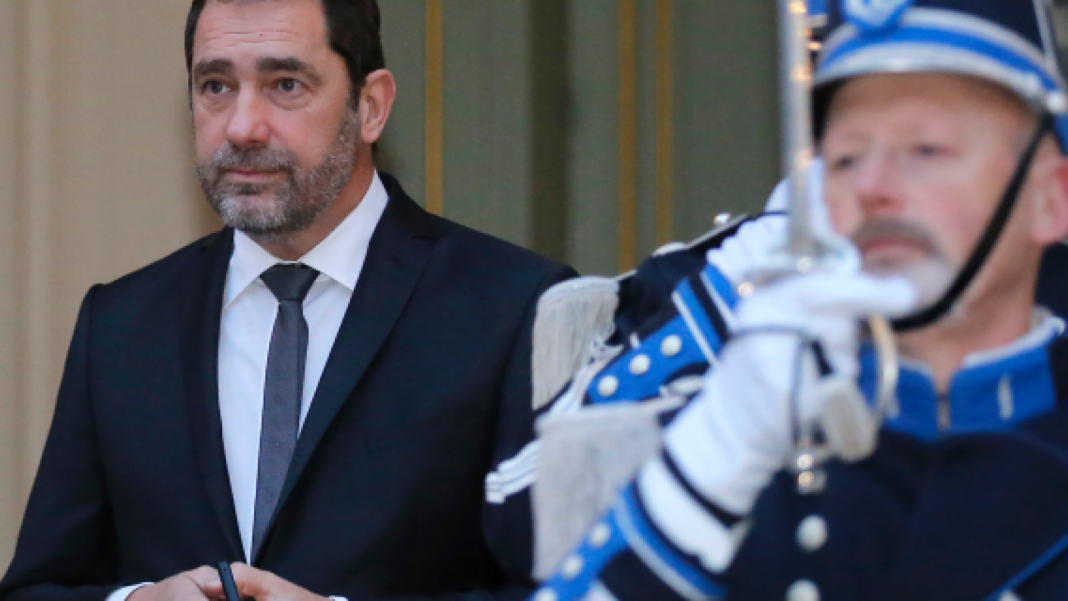 FILE – In this Jan.4, 2019 file photo, French Interior Minister Christophe Castaner, arrives at the Interior Ministry for the traditional New Year government breakfast in Paris. Foreign and interior ministers from the Group of Seven are gathering in France this week to try to find ambitious solutions to world security challenges. Putting a dampener on that are two glaring American absences: US Secretary of State Mike Pompeo and Homeland Security Secretary Kirstjen Nielsen. (AP Photo/Michel Euler, File)

PARIS – Foreign and interior ministers from the Group of Seven are gathering in France this week to try to find ambitious solutions to world security challenges. Putting a dampener on that are two glaring American absences: U.S. Secretary of State Mike Pompeo and Homeland Security Secretary Kirstjen Nielsen.

The fact that ranking U.S. officials are skipping the Thursday-Saturday meetings in Paris and the Atlantic resort of Dinard raises questions about the G-7’s relevance and effectiveness at solving the very international issues it has laid out as crucial, including fighting terrorism and human trafficking.

U.S. President Donald Trump has made his disdain for the G-7 no secret, especially since Russia was pushed out of the gathering of major world economies after its annexation of Crimea in 2014. The U.S. absences signal that the Trump Administration has downgraded the group — which also includes France, Canada, Japan, Germany, Italy and the U.K. — in its list of priorities.

Pompeo is in Washington this week, far from French shores, hosting NATO’s foreign ministers to mark the alliance’s 70th anniversary. Nielsen is staying behind to deal with border issues in the U.S.

Canadian Foreign Minister Chrystia Freeland, meanwhile, announced she is attending both the NATO meeting and the G-7 summit in Dinard.

In fact, alliances are fraying everywhere, even at NATO as Pompeo shines a spotlight on America’s involvement in the military alliance. NATO Secretary-General Jens Stoltenberg acknowledged internal NATO disagreements this week on trade, climate change and the Iran nuclear deal, but insisted the 29 allies are united in their commitment to defend each other.

France, which took over the G-7’s presidency in January, is hosting a summit of interior ministers in Paris on Thursday and Friday, which overlaps with a summit of G-7 foreign ministers on Friday and Saturday in Dinard.

U.S. Deputy Secretary of State John J. Sullivan will stand in for Pompeo, discussing “a broad range of issues, including the deteriorating situation in Venezuela, destabilizing Iranian behavior in the Middle East, the responsible conduct of states in cyber space, and the final denuclearization of North Korea,” the State Department said.

It said these conversations will “set the stage” for the August G-7 summit France will host in the southwestern city of Biarritz.

Last June, Trump roiled the G-7 meeting in Canada by first agreeing to a group statement on trade only to withdraw from it while complaining that he had been blindsided by Canadian Prime Minister Justin Trudeau’s criticism of Trump’s tariff threats at a news conference. In an extraordinary set of tweets aboard Air Force One, Trump threw the G-7 summit into disarray and threatened to escalate his trade war just as Canada released the G-7’s official communique.

France’s Foreign Ministry listed the main issues under discussion April 5-6 as cybersecurity, the trafficking of drugs, arms and migrants in Africa’s troubled Sahel region, and fighting gender inequality. That includes ways to prevent rape and violence against women, especially in Africa.

U.S. Homeland Security official Claire Grady will stand in for Nielsen at the interior minister meetings, which the French presidency says aims to set joint commitments on security and counter-terrorism, including how to deal with citizens who have joined Islamic State militants in Syria and Iraq, or their wives and children.

Many IS fighters have been captured and imprisoned in those countries.

A top official at the French Interior Ministry stressed that the instability of the region, after U.S.-backed forces declared military victory over the Islamic State group in Syria last month, still poses a challenge. The problem has grown more urgent since Trump announced his intention to reduce the U.S. military presence in Syria.

“We need to coordinate our policies to prevent that risk. We must avoid a dispersion of foreign fighters, avoid that they gather together elsewhere,” the official said, speaking anonymously ahead of the meeting in accordance with the French government practice.

U.S.-backed Kurdish fighters, who are holding some of the IS fighters, have called for an international tribunal for IS detainees.

The G-7 interior ministers will also discuss ways to fight terrorism and extremism on the internet, possibly by imposing regulations on internet giants like Facebook, Twitter and Google.

Interior ministers from Niger and Burkina Faso are joining a G-7 lunch Thursday on migration issues, human trafficking and the fight against smugglers, especially in Africa’s Sahel region.