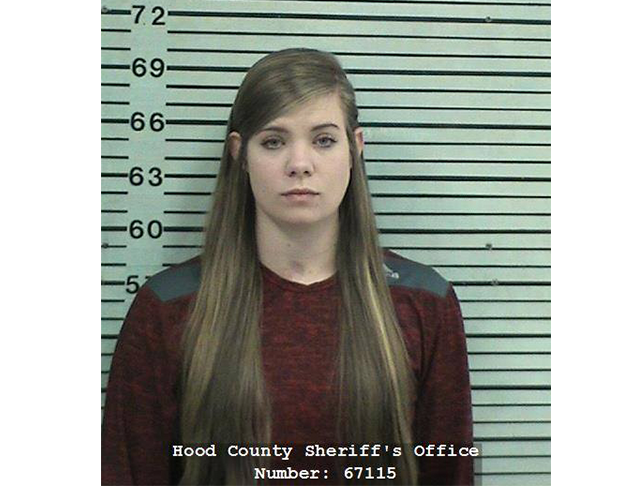 
A former Hood County sheriff’s employee has turned herself in and has been arrested or violating the rights of a person in custody.

According to the Sheriff’s Office Facebook page, Rebecca Anderson had an inappropriate relationship with an inmate, though it did not say if it was intimate or sexual in nature.

Anderson turned herself in on March 22nd on a warrant.

The sheriff said he was disappointed in the situation.

Anderson had been an employee at the Hood County Sheriff’s Ofice from March 2017 until July 2018.