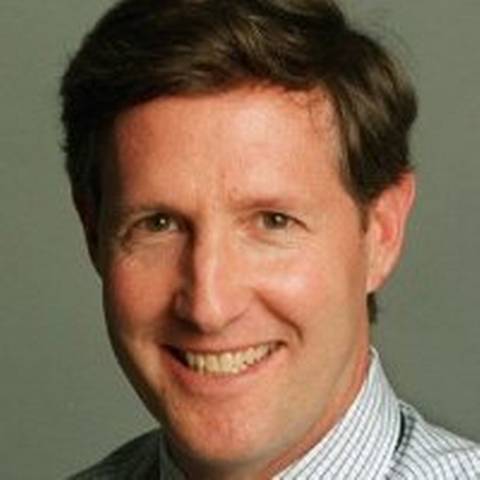 Mar-a-Lago has become a top destination for Trump tourism. Experts say Mar-a-Lago in particular provides unprecedented levels of access by people to the president.

Mar-a-Lago has become a top destination for Trump tourism. Experts say Mar-a-Lago in particular provides unprecedented levels of access by people to the president.

The federal counterintelligence probe was turbo-charged on Saturday when U.S. Secret Service agents arrested a Chinese woman, Yujing Zhang, after they said she tried to enter the club with a bevy of electronic devices, including a thumb drive infected with “malicious malware.”

The ongoing investigation has also recently focused on Li “Cindy” Yang, the sources told the Herald. Yang is a South Florida massage parlor entrepreneur who has promoted events at Mar-a-Lago with ads targeting Chinese business executives hoping to gain access to Trump and his family. The investigation — spearheaded by the FBI — began before the Herald revealed Yang’s business of selling access last month and focused on other Chinese nationals doing business in the region.

Before her arrest, Zhang was unknown to federal authorities. Now, investigators with the FBI Counterintelligence Division in South Florida are trying to figure out who Zhang is, whether she is involved in a possible Chinese intelligence mission and whether there are links to Yang’s social events at Trump’s Mar-a-Lago.

Zhang was headed to a Mar-a-Lago event advertised on Chinese social media by Yang when she was arrested by federal authorities on charges of making a false statement to a federal officer and entering restricted property, according to a criminal complaint filed in federal court.

She told conflicting stories about wanting to use the club’s pool, as well as hoping to discuss U.S.-China economic relations with a member of the president’s family, court records say. Trump was golfing at another of his South Florida clubs during the incident.

Investigators are examining electronic equipment that was seized from Zhang on Saturday, including the thumb drive, a laptop, one external hard drive and four cellphones. They are attempting to determine what Zhang planned to do with the malware at Trump’s club and how that evidence might factor into their already existing investigation.

Zhang, whose birth year is listed as 1986 in court records, has not been charged with any crimes related to espionage. Her federal public defender did not immediately respond to requests for comment.

Yang has said she has no ties to China’s government and does not personally know Donald Trump or sell access to him.

In a statement Wednesday, a spokeswoman for Yang said: “Our client has stated that she does not know the woman who was arrested at Mar-a-Lago this weekend.”

She said Yang’s attorney, Evan Turk, was “not interested” in speaking with the Herald and that Yang had not been contacted by federal authorities to Turk’s law firm’s “knowledge.”

But Zhang’s arrest has alarmed congressional Democrats concerned about whether the president’s business interests could be exploited by foreign adversaries.

On Wednesday, top Democrats in Washington called on the FBI and Director of National Intelligence to assess the risks posed by Mar-a-Lago’s policy of admitting members of the public and foreign nationals while the president and his family are using the club.

“As the White House Communications Agency and Secret Service continue to establish several secure areas at Mar-a-Lago for handling classified information when the president travels there, these potential vulnerabilities have serious national security implications,” the letter continued.

The letter also asks for the FBI and DNI to coordinate with the Secret Service to determine the steps needed to “detect and deter adversary governments or their agents from attempting to gain access to or conduct electronic surveillance or acquire material at Mar-a-Lago or President Trump’s other properties.”

The Democrats also requested an immediate response to a previous letter, dated March 15, that called for a counterintelligence investigation into Yang’s connections to Chinese government officials and the risks her activities could pose to U.S. national security interests.

Sen. Marco Rubio, a Florida Republican, said it’s too early for Congress to consider specific action in response to Zhang’s arrest at Mar-a-Lago.

“The FBI will be looking into it, that’s their job, that’s it,” Rubio said. “But I would hate to speculate based on what we know so far.”

Rubio, who has criticized Chinese telecom company Huawei over concerns that its equipment could be used for Chinese government surveillance, said Zhang’s arrest is a piece of a larger threat posed by foreign nationals to all executive and legislative branch employees, as well as defense contractors.

“That’s always a threat, but I don’t know enough about this person or this case to make a bold pronouncement on what happened here or what this is about,” Rubio said.

In a CNN interview Wednesday, President Trump said he is not concerned about the Chinese trying to spy on him at Mar-a-Lago. “I think that was just a fluke situation,” he said.

China’s consulate in Houston, which oversees the activities of its citizens in Florida and other Southeastern states, said in an email that it is “providing consular assistance for the arrested Chinese citizen Yujing Zhang now and will resolutely safeguard the legitimate rights and interests of Chinese citizens. We will pay close attention to the case and travel to Miami for consular visits as appropriate.”

The consulate and China’s Embassy in Washington, D.C., did not respond to questions about who Zhang is and whether she works for China’s government.

According to the court documents, Zhang traveled from Shanghai, China, to South Florida to attend a “United Nations Chinese Friendship” event as a guest of a social media contact she identified only as “Charles.” Although authorities pointed out there was no event occurring by that exact name, Yang had previously been promoting two Mar-a-Lago events that day: an “International Leaders Elite Forum,” and a Safari Night gala, a fundraiser for a youth charity. The events were canceled after intense news coverage of Yang and her activities, something Zhang might not have realized.

Yang pitched the combination of March 30 events as a “once-in-a-lifetime opportunity” for overseas Chinese clients to meet members of the Trump family and other top politicians in her Chinese-language ads targeting overseas buyers.

An associate of Yang named Charles Lee also pushed out the advertisements on Chinese social media.

Lee is the founder of the United Nations Chinese Friendship Association, a for-profit Delaware-based company that is not listed by the United Nations as an affiliated organization. Instead, Lee uses the company to advertise Yang’s Mar-a-Lago invites to Chinese clients hoping to get close to Trump. The name of the company is almost identical to the event Zhang said she wished to attend.

Since Yang first set foot in Mar-a-Lago in late 2017, she and Lee have brought more than two dozen guests to various Mar-a-Lago events. Yang provided housing for one of Lee’s guests who attended a New Year’s Eve party on Dec. 31, 2018, according to a report by The New York Times. The guest, a Chinese actress named Sun Ye, took photos with two of the president’s sons, Donald Jr. and Eric Trump.

Lee could not be reached for comment and appears to have disconnected his phone and taken down the group’s website after being contacted by a Herald reporter last week. In a brief conversation at the time, Lee denied knowing Yang before hanging up.

Although Zhang may have been acting on her own, national security experts say her case illustrates why Mar-a-Lago — which is accessible to members, their friends and paying guests — presents a unique espionage risk.

“The surprise would be if Chinese and Russian and other adversarial governments were not trying to get into Mar-a-Lago and the president’s other properties,” said Peter Harrell, an adjunct senior fellow at the Center for a New American Security and former Obama administration State Department official. ”There’s a huge trove of information available.”

Although the Secret Service regularly sweeps the property for bugs, Harrell said Trump’s penchant for speaking off-the-cuff could make an enticing target.

“If you can get an eavesdropping device planted in there, you could have access to what he’s saying and what people are saying to him,” he said. “Maybe the Chinese government is testing the vulnerabilities and security procedures here.”

Michael Fuchs, a senior fellow at the Center for American Progress and a former deputy assistant secretary of state for East Asian and Pacific affairs in the Obama administration, said Zhang’s arrest demonstrates that the security risks at Mar-a-Lago are real, not theoretical, even though the Chinese national does not seem to have penetrated far into the club.

“This does not strike me as a highly sophisticated attempt,” Fuchs said. “Nevertheless, it goes to show just how vulnerable Mar-a-Lago and the president’s business interests make him. And it raises a concerning question: How many others may have gotten in without getting caught?”

Since Trump became president, longtime Mar-a-Lago members have noted the increased presence of foreigners at charity events and galas — in particular, large contingents of Chinese people who spoke little English. “It’s a circus,” one longtime employee told the Miami Herald on the condition of anonymity for fear of repercussions at work. The employee said Chinese guests would bring gifts of cheap electronics, and constantly ask staff to help them get face time with Trump or his family.

The president was out golfing when Zhang was arrested after trying to enter Mar-a-Lago around noon on Saturday.

At an exterior checkpoint, Zhang provided two Chinese passports and told Secret Service personnel that she wanted to use the pool, though it was later discovered there was no swimming suit in her bag. She was allowed to pass. Suspicions were raised after a receptionist found Zhang was not on Mar-a-Lago’s guest list for the weekend.

Mar-a-Lago club management — not the Secret Service — determines who has access to the property, according to a Secret Secret statement released Tuesday.

“This access does not afford an individual proximity to the president or other Secret Service protectees,” said the statement. “In such instances, additional screening and security measures are employed. With the exception of certain permanently protected facilities, such as the White House, the practice used at Mar-a-Lago is no different than that long-used at any other site temporarily visited by the president or other Secret Service protectees.”

Zhang underwent the normal two-step security screening during which it was determined she was not an authorized guest, the Secret Service statement said.

She was arrested after allegedly becoming “verbally aggressive” with agents, according to court records.

This story has been updated to correct the name of the FBI unit that is investigating.

Jay Weaver writes about bad guys who specialize in con jobs, rip-offs and squirreling away millions. Since joining the Miami Herald in 1999, he’s covered the federal courts nonstop, from Elian’s custody battle to A-Rod’s steroid use. He was on the Herald team that won the Pulitzer Prize for breaking news in 2001.

Nicholas Nehamas is an investigative reporter at the Miami Herald, where he was part of the Pulitzer Prize-winning team that broke the Panama Papers. He attended Columbia Journalism School and joined the Herald in 2014.