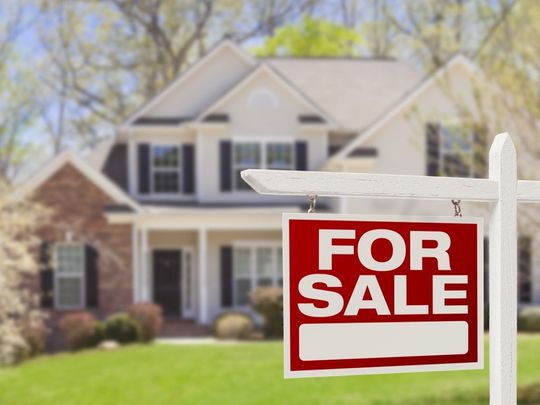 According to a new study from Owners.com the town of Virginia Beach in Virginia is the number one home buyer market in the country.
Buzz60

If you’re selling a high-end home, you’ve got company. More pricey houses are up for sale this year, pushing listing prices to record highs.

The median asking price for a U.S. home hit $300,000 for the first time ever in March, according to housing data from Realtor.com to be released later Thursday and provided early to USA TODAY. That topped the previous peak of $299,000 reached in June and July of last year.

Still, there are signs that things are slowing for sellers. Year over year, the median list price increased 7% in March, slightly lower than the growth rate of 8% from the same month in 2018.

“In spite of the fact that some markets are slowing, we are hitting that level in March, which tends to not be the highest price during the year,” says Danielle Hale, chief economist at Realtor.com. “This suggests that we’ll see prices go above $300,000 this year.”

Tax refunds: Tax refunds cause the most confusion for filers this year, H&R Block says

Why are sellers asking for more?

The reason for the jump in list price isn’t necessarily because sellers are overly optimistic. Instead, higher-priced homes tend to come onto the market in the spring, pushing up the overall median, and this year, more of these pricier homes are hitting the sales block.

Thank you! You’re almost signed up for Managing Your Money

Keep an eye out for an email to confirm your newsletter registration.

“In some markets, we see list prices declining,” Hale says, “but in others, list prices are increasing faster than the national pace.”

Listing prices are declining in what were some of the hottest housing markets in the country, Hale says.

The median asking price declined the most year over year in Lynchburg, Virginia, plunging 37% to $145,000. Overall, 114 of the 500 markets Realtor.com surveyed saw a drop in the median listing price.

“It’s an interesting year to be a seller. It really matters where you are this year and what price point,” Hale says. “It’s very important to do your research. That will make the difference.”