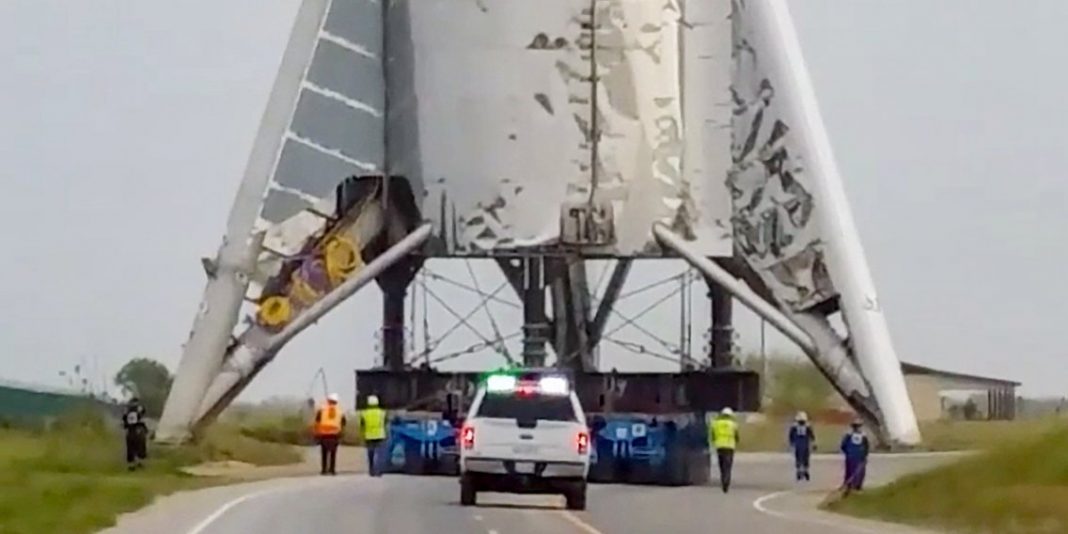 BROWNSVILLE, Texas — With a deafening roar that rattled windows, SpaceX — the rocket company founded by Elon Musk — fired up its new Mars rocket ship prototype for the first time on Wednesday.

The roughly 60-foot-tall stainless-steel rocket ship, called the “Starhopper” (previously the “Test Hopper“), is a basic prototype of a much larger vehicle called Starship. When completed, perhaps in the early 2020s, the two-stage launcher may stand perhaps 400 feet tall and be capable of landing its nearly 200-foot-tall spaceship on Mars.

The Starhopper prototype gave a full-throated yet brief one-second roar of its sole Raptor engine at 7:57 p.m. CDT on Wednesday, based on Business Insider’s eyewitness account.

“Starhopper completed tethered hop. All systems green,” Musk tweeted shortly after the brief firing here on Brazos Island. SpaceX had planned to test the rocket ship earlier this month, but had issues with ice crystal formation in the engine.

A camera on South Padre Island, which is located about 5 1/2 miles from SpaceX’s launch site, recorded the first fiery “hop” test through the haze:

The sound here on Brazos Island was deafening — so loud that part of a resident’s window blinds was knocked off its frame.

“I was cooking collard greens and my house started rattling. It was like a couple of jet airplanes taking off in your living room,” said Maria Pointer, a retired deck officer who lives with her husband, Ray, about 1.8 miles from SpaceX’s new launchpad.

Mrs. Pointer said previous tests by SpaceX were loud — comparable to the noise of a jet engine — but “this was magnified to about 10 jet engine roars,” she said.

“It reminds you of when the Blue Angels fly over real low. That’s the sound. It rattled everything,” she said. “This was the full Raptor with all the juice going to it. This was the real thing.”

The lone road to SpaceX

SpaceX has been coordinating with Cameron County law enforcement to close access to Highway 4 — the only road into and out of the remote beach community, which about two dozen people currently share with SpaceX.

Boca Chica Beach, a popular spot with locals from Brownsville and other areas, is also closed during testing operations. Each day of testing has lasted about eight hours.

On Wednesday, multiple residents said the road closures have proven increasingly vexing, given their frequency, extended hours, and tightening security meant to ward off gawkers.

When Cameron County, the state, and other authorities gave SpaceX permission to use the site in 2014, the company agreed to close the road approximately once per month. Mr. Pointer said the road has more or less had closures every day for the past week.

Despite the tightened security and compounding inconvenience, Mrs. Pointer says it was fun to hear and see a bit of history taking place.

“This is the good part about it all,” she said. “It’s exciting.”