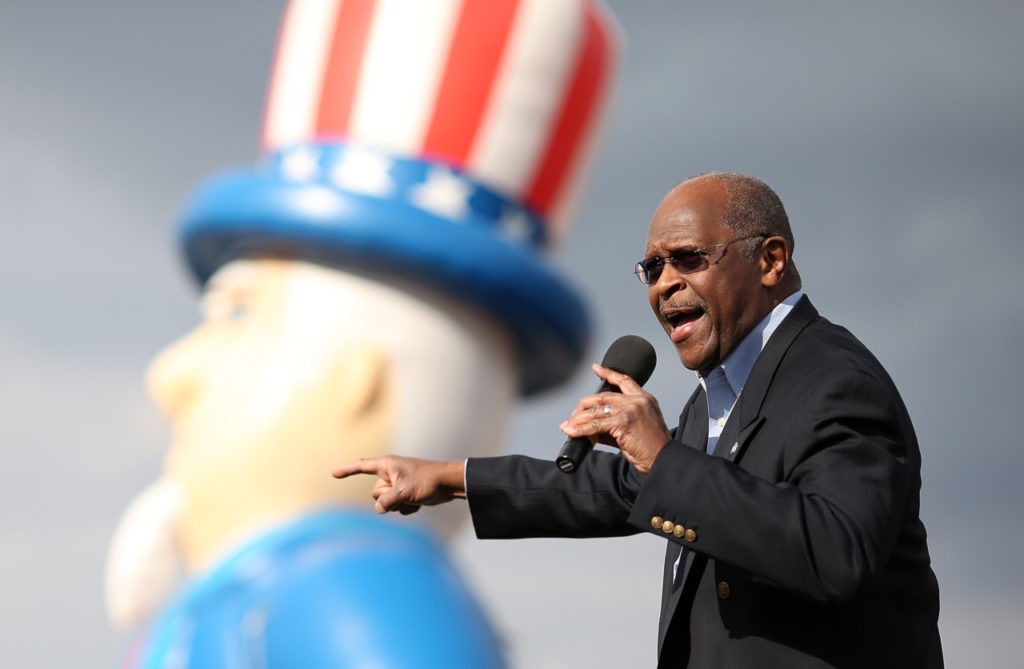 President Donald Trump still plans to name Herman Cain to fill the last vacant seat on the Federal Reserve’s board.

Cain has been under consideration for the position for several months. Trump administration officials began shepherding him through the process and clearing the way with Republican senators in January, according somone familiar with the matter.

Since Bloomberg first reported the Cain news in January, White House officials have also said that Trump will nominate Stephen Moore to the Federal Reserve board’s other open seat.

Trump is ready to name Cain but is waiting for the vetting process to be completed, Jonathan Swan of Axios reported Thursday.

Fed directors are dedicated representatives of Main Street business, community development, organized labor, and financial services sectors. As a Class C director, Cain’s role was to represent the public–as opposed to the banking sector–on the board. Class C directors cannot be affiliated with the banking industry.

Cain campaigned for the Republican nomination in the 2012 presidential contest. He was best known for his 9-9-9 tax plan, which would have replaced the current tax system with a flat nine percent tax on personal income, a nine percent corporate income tax, and a nine percent sales tax.

In 2011, Thomas M. Hoenig, then president and chief executive officer of the Kansas City Fed, praised Cain for his service on the board.

Cain may be best known as the chief executive of the Omaha-based Godfather’s Pizza chain. He was tapped to run that company in 1986 after a successful career as an executive at Burger King. In 1990, he helped lead a leveraged buyout of the chain, which he led until 1996.