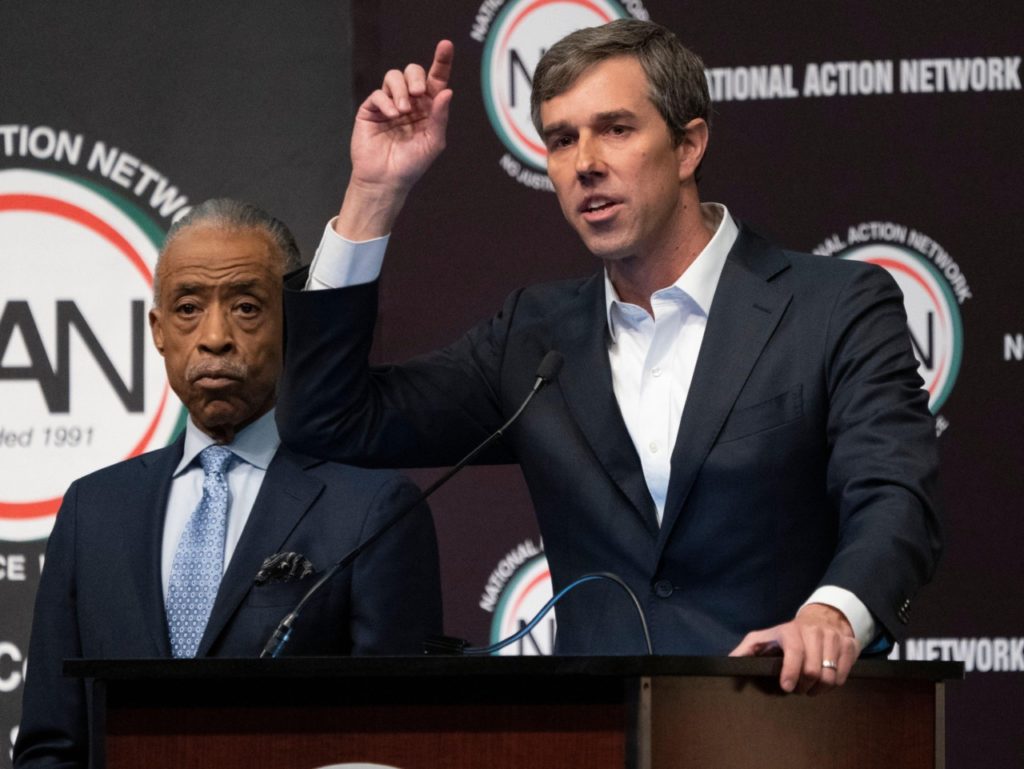 All of the major declared candidates for the 2020 Democratic nomination — and some potential candidates — are attending Sharpton’s conference, a remarkable fact at a time when many are also voicing concerns about extremism.

According to CBS News:

Stacey Abrams, who narrowly lost the gubernatorial race in Georgia last year and is currently mulling a presidential bid, is also speaking Wednesday afternoon. On Thursday, Rep. John Delaney and South Bend Mayor Pete Buttigieg are speaking at the convention.

The candidates are using the event to pander to black voters, as O’Rourke did in endorsing reparations.

But Sharpton is so radical that then-Sen. Barack Obama (D-IL) did not want his endorsement when he ran in 2008. But when black activists began criticizing President Obama from the left, Obama urned to Sharpton for help.

Rehabilitated by Obama and the left-wing media, Sharpton reinvented himself as a political kingmaker in the Democratic Party.

But the candidates vying for Sharpton’s support must overlook a controversial record, as Breitbart News has noted:

In another riot in 1995, Sharpton led protests against Freddy’s Fashion Mart, a Jewish-owned store in Harlem, after it was forced to raise the rent on a sub-tenant, a black-owned record store. (Sharpton called the owner a “white interloper.”) One of the protesters later shot four employees and set the store on fire, bringing the death total to seven.

As of 2008, Sharpton’s NAN had massive debts and owed $2 million in taxes, which it claimed to be paying off. In 2014, the New York Times reported that Sharpton had “more than $4.5 million in current state and federal tax liens against him and his for-profit businesses,” which he denied. And in 2009, Sharpton and NAN agreed to pay $285,000 in civil penalties after the Federal Election Commission found that NAN had made improper contributions to his 2004 presidential campaign, when he ran unsuccessfully for the Democratic Party nomination.

In 2012, Sharpton and NAN played a key role in inflaming national division and outrage over the death of Trayvon Martin, who was shot and killed during a scuffle with neighborhood watch volunteer George Zimmerman in Sanford, Florida. Sharpton promoted false reports that Zimmerman used what Sharpton called “racial language” in speaking with police. He used his prime-time program on MSNBC to promote the story, including the claim that Zimmerman — whose mother is Peruvian — was “white,” implying racial bias in the killing.

Despite that record, Sharpton has been rehabilitated by the left and the mainstream media. He hosted Saturday Night Live in 2003. He spoke to the Democratic National Convention in 2004 (breaking with his prepared text to aim a racially-tinged attack at President George W. Bush). He was hired as a host by MSNBC in 2011.

Former Vice President Joe Biden, who is apparently not speaking at the convention, spoke to NAN in January.