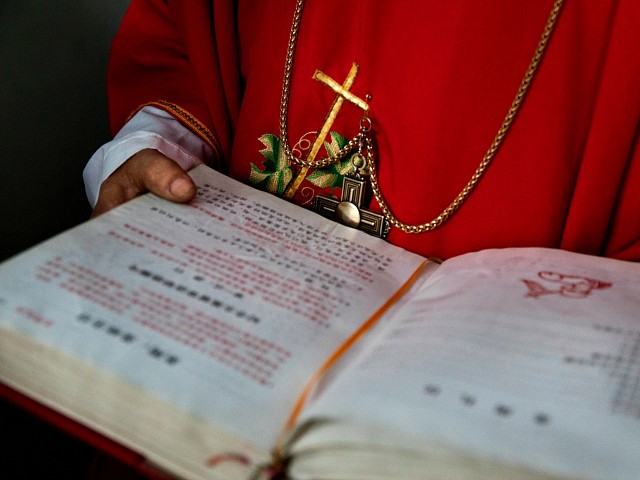 The Chinese government has forbidden Bishop Vincent Guo Xijin from celebrating the Chrism Mass on Holy Thursday unless he enlists as a member of the state-controlled Patriotic Catholic Association (PCA).

Despite a recent accord between the Vatican and China’s communist government over the naming of future bishops, China is showing no willingness to bend in its intention of maintaining absolute control over religious practice in the officially atheist country, and some high-ranking Church officials have labeled the deal a “betrayal” of Chinese Catholics.

Until a few months ago, Bishop Guo was the ordinary bishop of Mindong (Fujian), but he stepped down from his post at the request of Pope Francis to make room for the illicitly ordained bishop Vincenzo Zhan Silu.

The Chinese Religious Affairs Office has said it will not recognize Guo as an auxiliary bishop unless he signs up for the PCA, and therefore, he is prohibited from celebrating the Chrism Mass.

To be able to function officially, all priests are required to register and support the PCA, and the government has sweetened the deal by offering an award of 200,000 yuan (26,000 euros) to any priest who takes this step. As of yet, no priest has taken the deal.

The Sino-Vatican agreement was proposed as a step toward reconciling the two branches of the Catholic Church in China, the official and the underground. In his message to Chinese Catholics and to the Universal Church, released a few days after the signing of the agreement, Pope Francis spoke of a process of reconciliation between official and unofficial Catholics.

In the mind of communist officials, however, this process of reconciliation can take place only by eliminating the underground community and bringing all members of the clergy into the state-sanctioned Patriotic Catholic Association.

According to reports, the Diocese of Mindong has over 90,000 Catholics, of whom at least 80,000 belong to the underground Church, served by 45 priests, 200 nuns, 300 consecrated lay people and hundreds of lay catechists. There are only 12 priests of the PCA in the diocese.

For his part, Bishop Zhan has toed the party line, saying that the only way for the “Church to be united” is for the faithful to join the official community, making the underground community disappear. Underground Catholics do not enter the Patriotic Association, the bishop said, out of “reasons of personal interest.”