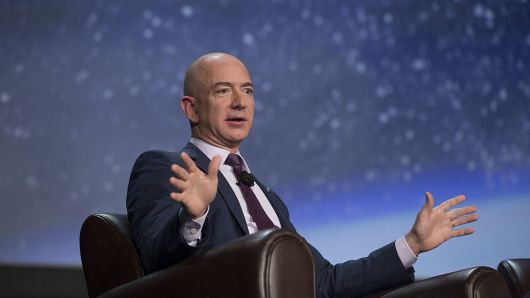 Amazon is planning to build a network of more than 3,000 satellites federal filings reveal, in an ambitious attempt to provide global internet access.

“Project Kuiper is a new initiative to launch a constellation of low Earth orbit satellites that will provide low-latency, high-speed broadband connectivity to unserved and underserved communities around the world,” an Amazon spokesperson told CNBC in an emailed statement.

“This is a long-term project that envisions serving tens of millions of people who lack basic access to broadband internet. We look forward to partnering on this initiative with companies that share this common vision.”

Amazon’s proposal is for a network of 3,236 satellites. Building, launching and operating the satellites will require intensive capital, likely billions of dollars. But Bezos has already been funding Blue Origin with upwards of $1 billion a year and Amazon itself remains one of the world’s most valuable companies. GeekWire first reported the filings on Thursday.