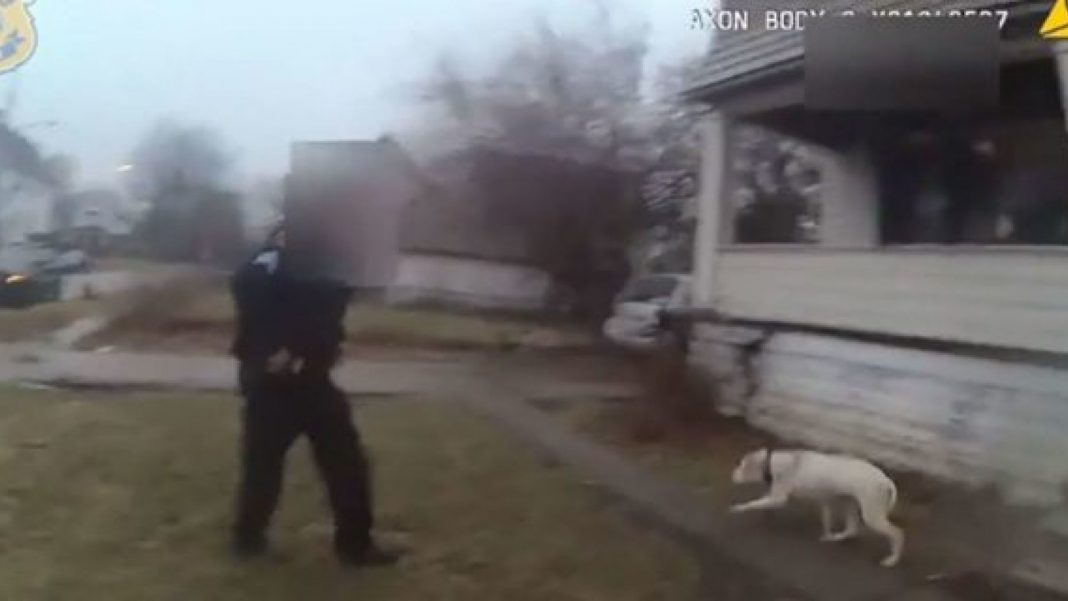 The graphic video shows the dog hanging over the side of the two-story house.
(Cleveland Police )

Cleveland police rushed to a home in the eastern part of the city to save a dog hanging by its collar over a second-story railing Wednesday, a local FOX affiliate reported.

“He is dying! he is choking! The dog is dying!” a woman who lives on the first floor and saw the dog dangling over the side told 911, according to FOX 8 in Cleveland.

TEXAS FAMILY FINDS CAT THAT VANISHED OVER 10 YEARS AGO

The owners had apparently left the dog leashed on the balcony and the dog jumped over the railing.

Patrol Officer Michael Phelps, who helped rescue the dog, told the news station the pet was “clawing for its life.”

The body camera footage obtained by the news station shows one officer (reportedly Phelps) jump on the porch and lift the dog up to allow him to breathe, and with the help of several other officers, get him safely down.

The dog was able to walk away on his own and was not injured, FOX 8 reported.

The Animal Protective League is reportedly investigating the incident and the owners plan to surrender the dog and another one they own.

“I would so love to adopt him. I mean, I can always add another member to my family,” Phelps told the station.